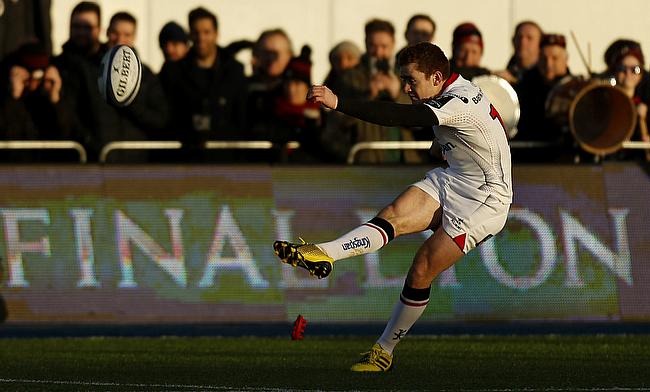 After a tense 76 minutes, it all boiled down to the kicking abilities of the two counterpart fly-halfs - Jackson and Gareth Steenson. They each managed to score a drop goal a minute-apart on the 78th and 77th minute with Steenson missing out on a final attempt on the 79th minute as Ulster bagged the much needed win.

Sean Reidy was the lone try scorer in the entire match as the openside-flanker touched down on 31st minute for the hosts.

The visitors in response failed to score a single try and had to bank upon Steenson's kicking abilities to stay alive in the contest. Apart from the drop goal, the 32-year-old kicked five penalties on seventh, 29th, 51st, 67th and 74th minute.

This heartbreaking loss is second for the Chiefs so far in the pool stage with only a point beside their name after salvaging the losing bonus in today's contest.

Ulster will now host Clermont at the Kingspan Stadium, while the Chiefs will host the Bordeaux Bègles at Sandy Park in the next round clash.