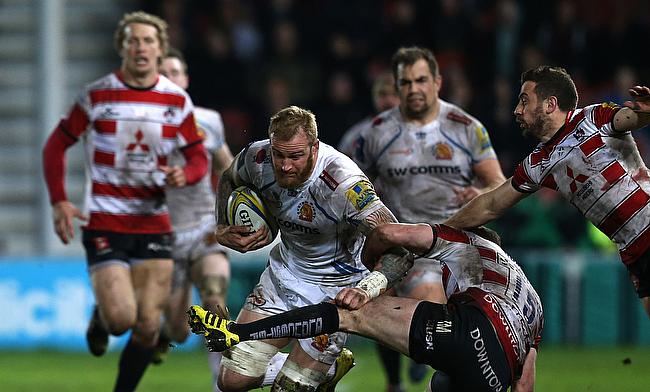 The result could have been even more better for Rob Baxter's men had fly-half Gareth Steenson scored the conversion at the end but it went wide of the post which ended the game at 27-27.

Matt Scott (11') and Charlie Sharples (25') scored the tries for Gloucester in the first half but Thomas Waldrom (23') and Ian Whitten (30') came up with the touchdowns of their own to level the score 14 apiece.

Greig Laidlaw's men looked all comfortable with Ben Morgan (56') scoring their third try in the game and a conversion followed by a penalty from the skipper allowed the cherry-and-white club to extend the lead to 13 points.

However, Whitten's (68') second try in the game followed by a successful three-pointer from Steenson allowed Exeter Chiefs to claw their way back into the game.

Just when it looked all over for Exeter Chiefs, Welch, who came off the bench in the 50th minute made his impact felt but Exeter will be disappointed with Steenson's effort as he missed the conversion on both the final tries.

Exter Chiefs are placed fifth in the table now while Gloucester, who had two draws in six games are positioned 10th.