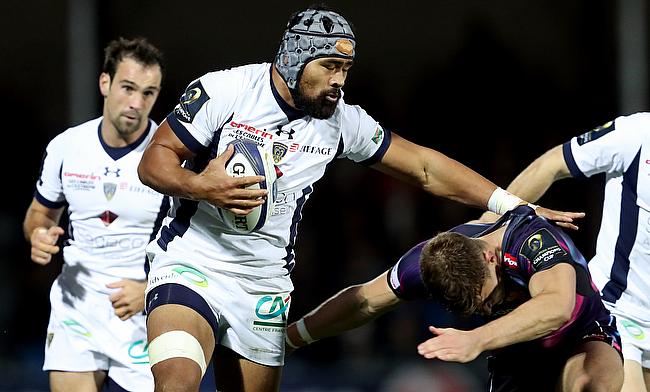 Flanker Julien Bardy (23'), wing Noa Nakaitaci (27'), centre Wesley Fofana (38') scored tries in the first half for Clermont Auvergne while Morgan Parra converted all the three tries as they scored 21 points.

Even though Exeter Chiefs started well with a sixth minute penalty from Gareth Steenson, that's the only points they managed heading into half time.

Fullback Nick Abendanon (68') and a second try from Fofana (68') ensured bonus point for Clermont Auvergne. This time Parra and Patricio Fernandez scored a conversion apiece. Lock Flip van der Merwe's sin-bin in the 52nd minute did not cause much trouble to the visitors as Exeter Chiefs failed to capitalise on it.

With 32 points down, Sam Hill scored a consolation try for the home team as they reduced the margin of defeat to 27 points.

Exeter rugby director Rob Baxter lamented on his team's poor display at Sandy Park and urged them to pick themselves up, if they are to go a distance in the tournament.

"Today feels a bit of a low to me, really, because I don't think that was a level of performance that is anything like we can achieve or have achieved in the past," said Baxter.

"I am not saying the boys are not working hard, but there were a lot of errors in there, and our Achilles' heel this season of conceding some soft points out of very innocuous situations reared its head again tonight.

"We've lost plenty of games - and against far worse teams than Clermont - in the time I've been coaching the club, but I am expecting us to be a bit angry with some of the things that went on out there tonight."