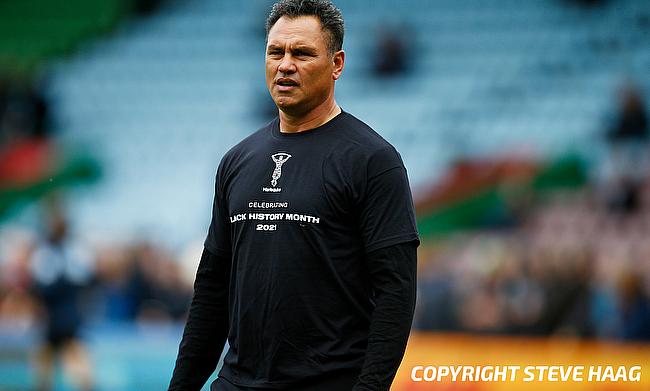 Green joined Harlequins ahead of the 2020/21 season and has gone on to make 35 appearances for the club and was part of the squad that clinched the Gallagher Premiership title last season during which he went on to play 22 times.

The 23-year-old made his professional rugby debut with Golden Lions in 2018 with his Super Rugby debut for Lions also coming in 2019.

“I’m very happy to re-sign with Quins. I’ve loved playing here in this jersey and it was fantastic to go all the way and lift the trophy during my first season here," he told the club's official website.

“I joined Harlequins because they are famous for playing the kind of attacking, fearless rugby that I like to be involved in. It plays to my strengths as a player and means that I love taking to the field and training every day.

“It’s fantastic to re-sign. I’m looking forward to continuing on the journey with this team and we hope to keep building and winning.”

Harlequins Senior Coach Tabai Matson had high praises for Green and is thrilled with him committing his future with the club.

“It’s great that Tyrone has signed a new deal to remain with the Club. He’s a truly fantastic competitor with some of the most dangerous footwork and attacking instincts in the league.

“We are a team that prides ourselves on our ability to play some great rugby, and Tyrone is one of the best examples of playing the Harlequins Way.”

Harlequins are positioned third in the Gallagher Premiership table with eight wins from 12 games and will be facing Montpellier in the round of 16 Heineken Champions Cup clash at GGL Stadium in April.