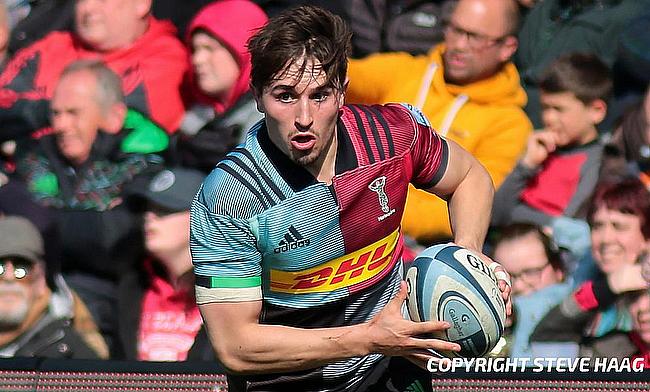 A graduate of Harlequins Academy, the 22-year-old made his senior debut with the club in the 2017/18 season during the Anglo-Welsh Cup game against Scarlets.

Murley has overall made 60 first team appearances for the Quins scoring 17 tries in the process.

“It’s great to be able to re-sign here with Quins. This is a team looking to build something special and I want to continue my role in what we’re doing," he told the club's official website.

“This group has a great culture and plays some of the best rugby in the game at the moment. It’s fantastic to be able to be a part of a team that plays the way Harlequins do.

“To be able to play that kind of rugby alongside mates and great backroom staff is rare. I’m thrilled to recommit and I can’t wait to get back into it this weekend.”

Skills and Kicking coach Charlie Mulchrone is delighted with Murley committing his long-term future with the club.

“It’s great to see Cadan recommit to the Club. He has been a consistently outstanding performer for the Club for the last few years and has a fantastic all-round game.

“He’s one of that batch of Harlequins Academy products that have shot up through the ranks over the last three years or so. We’re seeing the next group of youngsters looking to emulate what guys like Cadan, Marcus Smith and Joe Marchant have done as they’ve grown into the senior side. It’s great to have guys like him in the starting XV each week.

“We’re thrilled to have Cadan re-sign and look forward to seeing him continue his development as a senior player.”