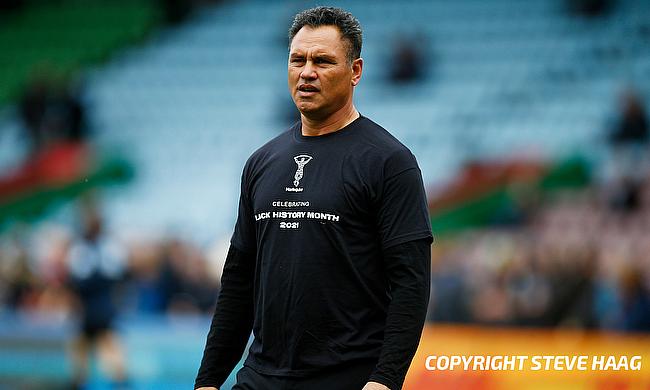 Harlequins have three wins from as many games
©Steve Haag

Harlequins senior coach Tabai Matson said the club is keen to secure a home play-off berth as they lock horns with Castres Olympique in the fourth round of the Heineken Champions Cup at Twickenham Stoop on Friday.

The Quins have three wins from as many games as they hold the top position in Pool B and have already qualified for the round of 16.

Harlequins’ three consecutive wins is their best run in the Heineken Champions Cup since securing four straight victories across the 2013/14 and 2014/15 campaigns and they will be fancying their chances as they face a Castres side, who are yet to register a victory in the ongoing campaign.

“I think after last Friday’s result in Cardiff it’s given us an opportunity to look forward a week, because we’re definitely in contention for the playoffs now, which was our goal at the start of the year. So, that’s been a real positive," said Matson.

“But also, having spoken to some of our senior players over the weekend, they want to finish top in Europe.

"It’s a great opportunity for guys who have been working furiously for months now to play at the Stoop in front of a sold-out home crowd and cement our European aspirations, which is a pretty exciting opportunity.”

Harlequins and England fly-half Marcus Smith is the tournament's leading points scorer with 44 to his tally - 12 more than Connacht's Jack Carty. He has also scored a try in each of his last two appearances.

Meanwhile, wing Cadan Murley is excited about the prospect of facing Castres at the Stoop.

“We have had a really good run in Europe with three wins from three,” he said. “We are looking to secure that fourth win and hopefully get some home games at the Stoop in the knockouts in front of our fans, which would be pretty cool.”