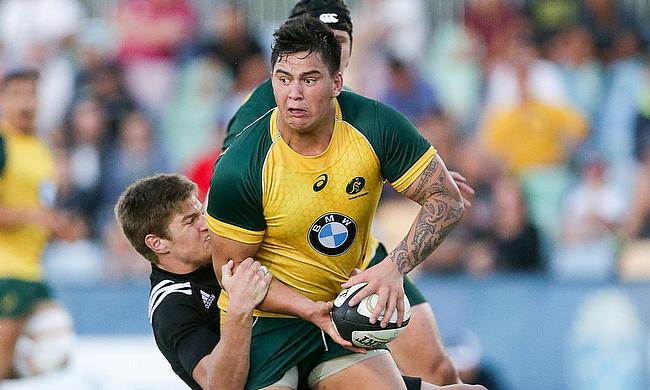 Melbourne Rebels on Tuesday have announced the signing of Australian under-20 tighthead prop Tyrel Lomax.

Lomax, who will make a switch from Brumbies has signed a two-year deal with the Rebels, beginning in 2017. In the 2016 U20 season, Lomax has scored a solitary try and has made 15 successful tackles. He was also a part of the starting line-up for Australia in all the games of the recently concluded Under-20 World Cup.

Lomax will join his U20 teammates Sione Tuipulotu, Rob Leota, Jordan Uelese and Harley Fox in his new club.

Melbourne Rebels head coach Tony McGahan said he was impressed by the performance of Lomax in the recently concluded Under-20 World Cup and believes his physique will be an added advantage.

“Tyrel demonstrated during the recent World Rugby U20’s Championship that he’s a strong scrummager and has well developed core skills for his size,” said McGahan.

“We’re looking forward to fast tracking his development and providing opportunities for him to transition into Super Rugby next season.”

Lomax, who is the son of former New Zealand rugby league international and Canberra Raiders legend John, said his conversation with his U20 rugby teammates prompted him to join the Rebels, who he believes have a strong culture for the youngsters.

“The Rebels are an exciting team that are bringing a lot of young players through Super Rugby and, like me, who have committed long term to the culture the Rebels are seeking to create," he said.

“I had a good chat with team mates while I was on (Australian U20’s) tour and they said it was a great program and how much it has done for their development. I’m looking forward to relocating to Melbourne and consider this as a long term commitment to the Rebels.”