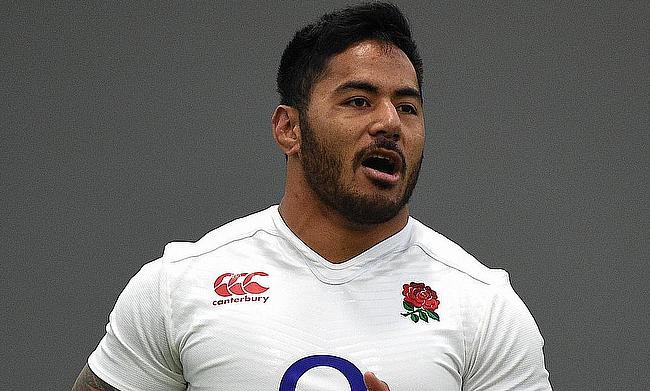 It was a day that Sale Sharks supporters had waited eight months for. Whilst returning to the AJ Bell Stadium to see their heroes was a special experience in itself, the sight of Manu Tuilagi coming off the bench was an added bonus.

Last Friday, with just over half an hour remaining against Bristol Bears, the England international replaced Connor Doherty and his introduction was never going to be nondescript. His first carry was met with a huge roar from the home spectators and his presence alone helped Sale clinch a fine victory over their title rivals.

This was Tuilagi back doing what he does best and the hope from a Sale perspective is that the 30-year-old can now stay fit for the foreseeable future.

The centre’s career has been littered with injuries, but Tuilagi has worked his way back from rupturing his Achilles to help Sale push for their first title since 2006.

From walking in the Peak District to salsa-dancing, his latest rehab has been far from conventional but it means the Sharks have one of their most lethal weapons available to them heading into the play-offs, with Tuilagi starting against Harlequins.

??? "Success for me is about thriving in your environment every day, but to win this would mean so much to everyone at Sale"@Manutuilagi reflects on what's making him tick since moving up north...#SALvHAR | @redmoorhealth pic.twitter.com/8qCrEYhUo0

“We came up with some ideas to make sure it wasn’t just all in the gym,” Tuilagi said. “We did a bit of hiking in the Peak District. I don’t really like walking, but there’s some beautiful scenery around there and I got really into it.

“I’ve not done much salsa since I did the performance for the boys! I have been back in full training, but maybe when things open up again, I can have some more lessons."

For someone who has played a limited amount of rugby over the last 12 months, Tuilagi continues to be on the radar for the British and Irish Lions this summer. Warren Gatland named checked the destructive centre during his squad announcement so if injuries were to occur, we could still see the 30-year-old travel to South Africa.

Perhaps more likely is an England return. Tuilagi's last appearance for Eddie Jones’ side was in March 2020 where he was sent off late on in a 33-30 victory against Wales.

Asked about representing his country against the USA and Canada this summer, Tuilagi said: “100 per cent. I am fit and ready to go. If I get given the opportunity, it is always an honour. To get thrown in at the deep end against a quality team like Bristol was probably the best way. To come through, that helps because you know that everything is going well.”

Tuilagi’s comeback will only increase the optimism around the AJ Bell Stadium as Sale target the Premiership title for the first time in 15 years.

The former Leicester centre knows what it takes to lift the big prize after achieving that feat with the Tigers back in 2013 and whilst international ambitions are in his thoughts, domestic aims are very much at the forefront of Tuilagi’s mind: “It would be massive [to win the league with Sale] for all the boys, the staff and everyone building together.

“It definitely made things easier [Tuilagi’s rehab] watching the boys perform the way they’ve been performing. It motivates you to keep doing your bit. Winning is what I aim to do. That’s why you’re here in the first place. You’re not here just to take part. You’re here to win every day.

“To win it would be the icing on the cake and to do it with this group of people would be so good. We’re building something special and it’s an exciting time, but we have still got a long way to go. We’re doing nicely and we need to go once again. The focus is on Quins.”

The ‘building together’ aspect which Tuilagi refers to is something that helped him through his rehab. The close-knit environment which Alex Sanderson is creating at Carrington is taking the Sharks to the next level and the centre admitted the club’s Director of Rugby is a ‘world-class coach’ and one of the best he has ever worked with.

For Sanderson, he is delighted to have Tuilagi fit and available once again: “It was brilliant [against Bristol] to see someone that good, who has worked as hard as he has, get a chance to have a crack at the big stage.

He made his return from the bench last week...

“Having him back in a team is a bit of glue. He has still potentially got his best rugby in him and he raises the performance levels in others not just through his own contributions, but through small bits of communication, engaging with the players, through the good relationships he has with the boys and it lifts everyone as a team.

“Factor in what he can do ball-in-hand to the opposition and it’s all going to add up, isn’t it? As for England, it’s purely form now. We have seen Manu physically at his best in training. The touches and timing have been brilliant. It’s down to me to get him as much game time as possible.”

For all the talk around Tuilagi, Sale know a home semi-final is still firmly within their reach. With Quins to come followed by Exeter Chiefs next Saturday, their destiny is in their own hands and Sanderson has added an extra spice to this evening’s clash.

“We owe Harlequins one and they have never been gracious in victory,” he said. “They are a side that let you know when they do win. We felt that down there [24-12 loss in February]. It’s good to inject a bit of animosity into that North-South divide!”

With Tuilagi back in the starting XV and the play-off hype around Sale and a free-flowing Quins outfit beginning to bubble nicely, expect fireworks at the AJ Bell on Friday night.