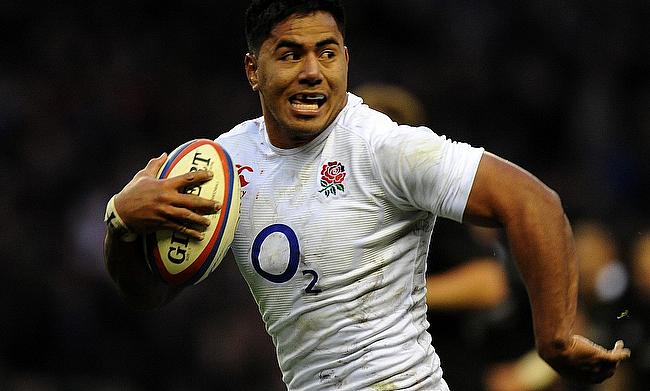 Sale Sharks have announced that England international Manu Tuilagi has signed a new deal with the Gallagher Premiership club.

Tuilagi initially joined Sale on a short-term deal in July last year but now has penned a new two-year contract that will see him stay committed to the Sharks at least until the 2022/23 season. He is currently recovering from an Achilles injury that he sustained in November.

“I feel incredibly grateful to have the chance to stay here for another two years. I’ve really enjoyed it, and my family have really enjoyed living up here in the North West. My little boy is a proper northerner now. We feel very blessed," he told the club's official website.

“The boys here at Sale are fantastic and the environment that the coaches and staff have created is so good for me both on and off the field.

"We’re going in the right direction and it’s a really exciting time to be involved with the club. I can’t wait to get back on the field as soon as possible so I can help the boys.”

Tuilagi is a product of Leicester Academy and went on to play for them between 2009 and 2020 making 95 Premiership appearances for them. He made his debut for England in August 2011 and has featured in 43 Tests apart from a solitary appearance for the British and Irish Lions that came during the 2013 tour of Australia.

“In terms of the environment, he’s the glue in the squad, not just for the senior lads but for the younger lads too. He brings them into the mix so they can feel part of the team and the club and the culture that we’re building here," said Sale Director of Rugby Alex Sanderson.

“He’s so humble for a man who’s achieved as much as he has, so to have him involved is fantastic for the club and the organisation off the field as much as it is on the field. His actions and quality on the field speak for themselves."

Sale Sharks currently are at third place in the Gallagher Premiership table with 11 wins from 16 games and will face Worcester Warriors next on 24th April at Sixways.