Tuilagi could become one of 'highest-paid players in world' 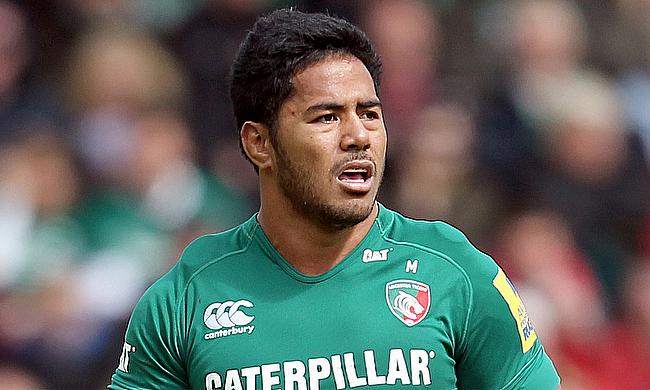 Manu Tuilagi will become one of the highest-paid players in the world if he signs a new deal with Leicester, according to Tigers rugby director Richard Cockerill.

Tuilagi, whose current contract expires next summer, has already been courted by French giants Toulouse and should also receive interest from Leicester's Aviva Premiership rivals Saracens.

The 24-year-old has not played in more than a year owing to serious groin trouble, and was banned by England after being convicted of assaulting police officers.

Leicester would have to install Tuilagi as one of their two marquee players next term should he agree the kind of lucrative contract Cockerill has suggested.

"We have put our best foot forward, contractually," Cockerill told BBC Radio Leicester. "I understand in this world that we live in that people have choices to make.

"He is a young man and there is lots of rugby left in him. There are probably 10 years left in him and we would like him to be here for the next 10 years.

"We have made that known to him.

"He wants to stay here and we have made an offer that would make him up there with the highest-paid players in the world.

"We are just waiting for that answer. We would like to think that it will get done sooner rather than later.

"You have to find your place in the marketplace.

"We have to make sure that our coaching and environment is so good that people want to stay."

Tuilagi pleaded guilty to three charges of assault and one of criminal damage at Leicester Magistrates Court in May, leading to England boss Stuart Lancaster jettisoning him from World Cup plans.

The Samoa-born centre was never likely to recover in time from his groin problem to feature in the tournament in any case, with England later failing to exit the group stages in a dismal showing.

Leicester continue to hold out hope their prize asset will quickly find fitness and also complete a new deal to remain at Welford Road.

And boss Cockerill's hurry to complete a new deal will be crystallised by the fact that, come the new year, domestic rivals can openly approach Tuilagi with contract offers.

The uncompromising Leicester boss also insisted England scrum-half Ben Youngs is another closing in on a new contract at the east midlands club.

"Ben is working with Aaron Mauger for the first time and building those relationships," Cockerill said. "He wants to stay and we want to keep him. Those discussions are ongoing."