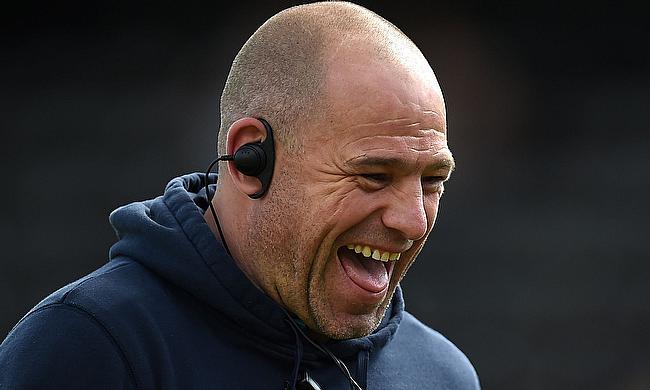 Leicester coach Richard Cockerill acknowledged the significant contribution of Tommy Bell after the Tigers' 28-16 win at London Irish in their Aviva Premiership opener.

Bell was Leicester's hero, kicking 23 points, and Cockerill said: " Tommy did a great job in a difficult situation in a key position. He kicked his goals superbly and his game management was good."

Peter Betham scored Leicester's only try with Bell converting it and kicking seven penalties as Tigers finished strongly to gain a win.

Cockerill continued: "We put ourselves under pressure in the first half but I was pleased with our attitude and justifiably deserved to win in the end."

"With a new coaching staff, they were difficult to break down and we struggled to get any continuity."

Leicester did not include any players involved in the World Cup, apart from replacement Opeti Fonua.

The coach added: "We made a conscious effort to rest our World Cup players and despite temptation stuck with that decision.

"We wanted to give the players who had been with us for 15 weeks pre-season training as they deserved to have an opportunity."

"However, most of the players involved in the World Cup will be in the 23 to face Harlequins next Sunday."

London Irish boss Tom Coventry conceded that his side had contributed to their downfall.

The hosts managed one try from Jebb Sinclair with Chris Noakes kicking three penalties and a conversion - however careless errors prevented them scoring more points and possibly pulling off a surprise victory.

Coventry added: "We were too sloppy, we weren't clinical enough at vital times and we let ourselves down."

"There were 19 handling errors, most of them in midfield and there was a lack of game management."

"There was a lot of good stuff, our forwards made a good fist of it and had we taken a couple of opportunities at crucial times, the result may have been different.

"Eoin Griffin being hauled down inches short of the line was very unlucky - if he had taken another step he surely would have scored."