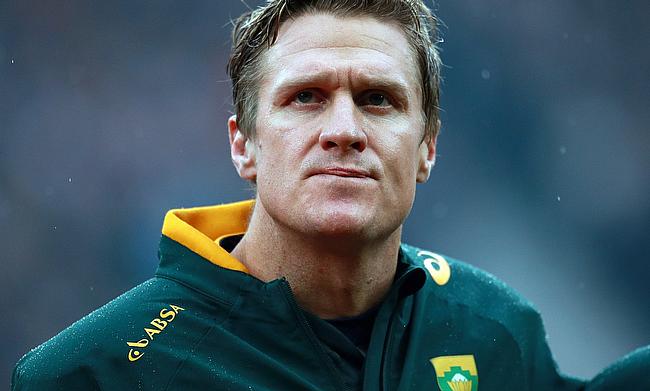 The length of the contract signed has not been specified by the Aviva Premiership club, but 34-year-old De Villiers will link up with the Tigers on December 1.

During a distinguished career, he featured in three successive Springbok World Cup campaigns, including being part of the South African squad crowned world champions eight years ago.

He is the Springboks' most capped centre, with only three South Africa players - Victor Matfield, Bryan Habana and John Smit - having made more Test match appearances.

"He is among the leading centres in the modern game and has played at the very highest level for a significant period of time.

"In recent seasons, we've brought in players like Brad Thorn and Lote Tuqiri from successful environments in the southern hemisphere, and they have made a significant contribution here.

"The signing of Jean de Villiers is another move in that style, and we look forward to welcoming him and his family to the Tigers and to him starting work with us on December 1."

The first potential fixture De Villiers could feature in for his new club is Leicester's trip to Worcester on December 5th.