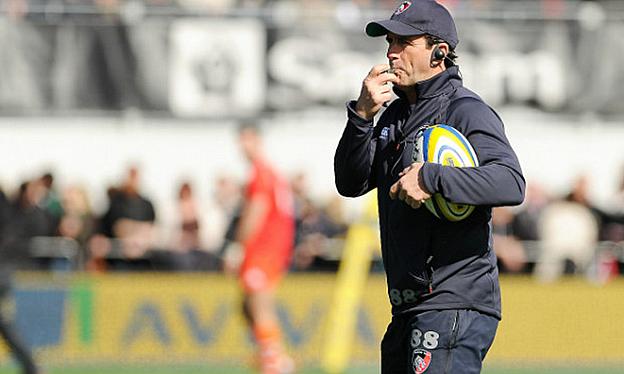 Former Leicester defence coach Phil Blake will not face disciplinary action from European rugby chiefs after he was hit by a Rugby Football Union ban last month for breaching anti-corruption and betting rules.

The 51-year-old Australian received a six-month suspension after being found guilty of betting on Leicester's games against Toulon on December 13, 2014 and Newcastle on March 8 this year.

He was fined £669 - the profits on his bets - ordered to pay costs of £500 and banned from rugby-related activity until November 24. Blake lodged an appeal but that was subsequently dismissed by an RFU appeal panel.

Under the RFU's Regulation 17, rugby professionals are prohibited from betting on any match within any competition involving their team.

European Professional Club Rugby, which oversees the European Champions Cup competition, said it had no plans to take further action "in light of the recent decisions of the RFU disciplinary and appeal panels in the case of former Leicester Tigers defence coach, Philip Blake".

In a statement, EPCR said: "Mr Blake's admitted acts - which included betting on a European Rugby Champions Cup pool match between RC Toulon and Leicester Tigers on December 13, 2014 - almost certainly amounted to misconduct under the terms of the Champions Cup Participation Agreement 2014/15.

"However, EPCR is satisfied that the sanctions imposed on Mr Blake by the RFU panels, which included a suspension from all rugby activity for a period of six months, are appropriate.

"EPCR remains vigilant about the threats that unauthorised betting and corruption poses for its tournaments and for the game as a whole, and it continues to regulate the activity of its participating clubs and their respective employees so as to ensure the integrity of the tournaments is not compromised."

Blake placed bets on touch-screen self-service machines at Leicester's Grosvenor Casino, lodging four separate bets for the Toulon match on Thursday, D ecember 11, backing his club at a handicap of plus 18.5 points.

Blake's bet meant he would win if Leicester won the match, or lost by fewer than 19 points. Toulon won 23-8.

Blake then placed four further bets for the Newcastle match on a visit to the casino on Friday, March 6. Leicester beat Newcastle 16-12 , so Blake's bets were successful again.