TRU's Gallagher Premiership XV of the week: Round 16 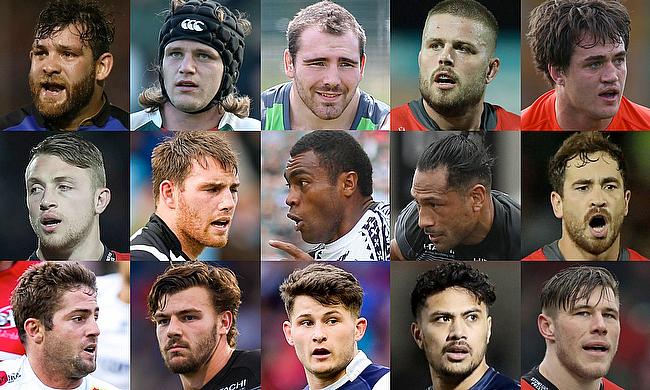 Joe Harvey has selected his XV from Round 16 in the Gallagher Premiership Rugby, which contained some excellent action across the course of the weekend.

1. Nathan Catt (Bath Rugby) – In what was a fairly low-quality affair at the Rec on Friday night, Catt really stood up as a leader for Bath as they got back to winning ways against Saracens. Playing for over an hour Catt held his own against Vincent Koch, making 13 tackles and even gathering two turnovers for his side.

2. Harry Thacker (Bristol Bears) – It always seems that Thacker has a good game at Franklin’s Gardens, and he continued doing so on Saturday. Making 14 tackles, he also got himself two turnovers as Bristol beat Northampton with virtually the last kick of the game.

3. Fraser Balmain (Gloucester Rugby) – Playing for over an hour on Sunday, Balmain’s good work came at the scrum. Not giving up much against Lewis Boyce, Balmain made nine useful carries and even made 12 tackles as Gloucester dominated their hosts in London.

4. Ed Slater (Gloucester Rugby) – Causing two turnovers in this game, Slater’s importance to Gloucester surpasses his playing ability. The locks guidance is truly remarkable. Leading by example, Slater also made 10 tackles at the Stoop and carried well to keep Gloucester on the front foot.

6. Ruan Ackermann (Gloucester Rugby) – There is one simple reason that Ruan Ackermann finds himself in this week’s team of the round. Three turnovers. It cannot be emphasised enough how important it is for a flanker to get turnovers. Even though Gloucester were so dominant, Ackermann turning over the ball allowed his side to be dominant as they shut down Harlequins.

7. Jake Heenan (Bristol Bears) – One of several changes to the Bristol side, Heenan slotted in seamlessly to the starting XV as Bristol turned Northampton over at home. Making 12 tackles, causing two turnovers and carrying for 30 meters, Heenan, like so many other Bears, has certainly put his hand up for further selections.

8. Nemani Nagusa (Newcastle Falcons) – Coming on for the injury-stricken Will Welch after just 15 minutes, Nagusa performed admirably. Carrying the ball on 16 occasions and scoring a try, Nagusa was a powerful player and outperformed his opposite numbers.

9. Sonatane Takulua (Newcastle Falcons) – Playing a well-rounded game yet again, Takulua proved his worth for Newcastle as the side continue their relegation fight back. Kicking two conversions, a penalty and crossing the whitewash, Takulua’s calmness was a major part of the Falcons’ win at the Ricoh.

10. Danny Cipriani (Gloucester Rugby) – Well, what is there left to say about Cipriani? Seemingly out of favour with Eddie Jones, Cipriani was just phenomenal on Sunday. Trying the most ridiculous kicks and passes, everything is coming off for the established player. As it doesn’t look like he will be recalled to the England squad any time soon, could anyone blame him if he went to France? Gloucester will be hoping he stays put!

11. Santiago Cordero (Exeter Chiefs) – Playing at fullback, Cordero was simply stunning at Sixways on Saturday. Benefitting from the fast pitch, Cordero ran over, unchallenged, for his two tries. Carrying on 20 occasions ,the Argentine was just untouchable and was probably the player of the week.

12. Johnny Williams (Newcastle Falcons) – Playing at outside centre in this game, Williams has continued to impress in a Falcons shirt since his move from London Irish last summer. Always breaking the gainline when carrying, Williams is a difficult player to take out of the game and outplayed his international opposition.

13. Piers O’Conor (Bristol Bears) – Playing across from February’s player of the month Rory Hutchinson, O’Conor more than held his own against Northampton. A constant thorn in the side of defenders, O’Conor ran for 74 meters and even got two turnovers to put Bristol in the ascendency as the Bears picked up an historic win.

14. Denny Solomona (Sale Sharks) – Scoring a try in this game, Solomona has slowly but surely regaining the form that saw him included in England’s Six Nations campaign last year. Running for over 50 meters with ball in hand and even causing two turnovers, Solomona was mightily impressive for Steve Diamond’s side against Leicester Tigers.

15. Jason Woodward (Gloucester Rugby) – Scoring the first try in a dominant performance at the Stoop, Woodward embarrassed his opposite number. Skinning Mike Brown and bumping the former England fullback off with ease, Woodward was a cut above any of his Quins opposition.