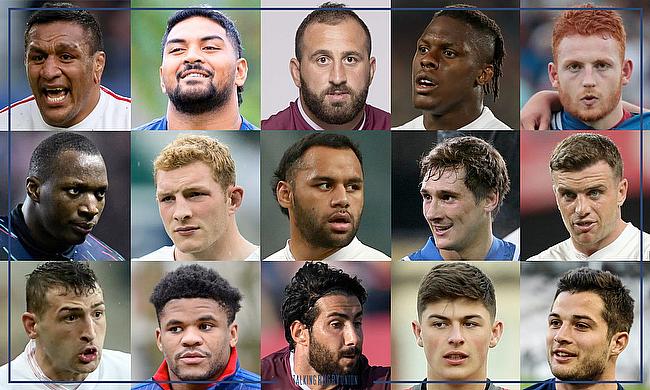 Once again the TRU team put together their Autumn Nations Cup XV of Round 3, which saw victories for England, France and Ireland.

1. Mako Vunipola (England) - Another great all round display from England's loosehead, getting a try from a pick and go close to the Welsh line where points where hard to come by.

2. Peato Mauvaka (France) - The Toulousian took his rare start for Les Blues well, showing his talents with his accurate lineout work and around the park with 14 tackles.

3. Beka Gigashvili  (Georgia) - Put in an bruising 80 minute shift against a tough Irish front row, kept his team afloat during a games which could have gone either way.

4. Maro Itoje (England) - Making all three of our Autumn Nations XVs since the competition's start, his high level of consistency is something to behold, industrious as ever.

5. Killian Geraci (France) - A somewhat unknown talent to those who don't follow the Top 14, Geraci had some big carriers, managed a turnover and put his name to 19 tackles.

6. Sekou Macalou (France) - The Stade Français favourite had an impressive display, showing why he is held in such high regard...stole plenty of ball and took his try well.

7. Sam Underhill (England) - A MOTM performance from the busy back-rower, dominant in the collision area, offloading in the loose and a couple of important turnovers.

8. Billy Vunipola (England) - Put in a more 'Billy' shift against Wales, top of the charts for carries, metres made and tackles, all positive indicators of how good he was during the game.

9. Baptiste Serin (France) - In a rugby weekend dominated by kicking, Serin did plenty of work around the ruck to keep the Italian defense honest, deserved his try.

10. George Ford (England) - Stepped into the England 10 jersey seemlessly, threatened the Welsh line with ball in hand and kept probing with insane bombs from the boot.

11. Jonny May (England) - He didn't quite have the ridiculous points haul of last weekend, but with 64 metres made and 7 carries he didn't have a quiet game either, busy.

12. Jonathan Danty (France) - The powerful centre has some important and abrasive carries during the 80 minutes, and was rewarded with a try that took a similar route 1 approach.

13. Giorgi Kveseladze (Georgia) -  Kveseladze's try was the first points for the Georgians in this competition, and it didn't disappoint, a hugely significant score in such a tight game.

14. Louis Rees-Zammitt (Wales) - Looked constantly dangerous in attack, and displayed plenty of grit in defense where he made 14 tackles in a part of his game few knew about.

15. Brice Dulin (France) - After 80 minutes the elusive French full-back had acrewed a chart topping 128 metres with ball in hand, along with his classy assist in Teddy Thomas' try.