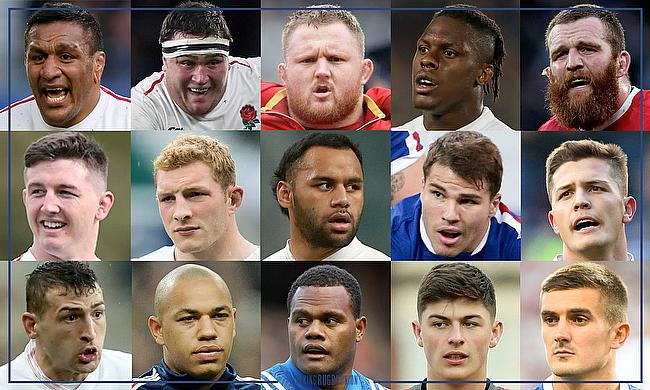 The TRU team put together their Autumn Nations Cup XV of Round 2, which saw England, Wales and France emerge as winners from the three games played.

1. Mako Vunipola (England) - The Saracens' loosehead had at powerful the set-piece keeping the Irish front-row quiet, along with some telling tackles in the tight exchanges.

2. Jamie George (England) - Jamie George is the only one of two returning players to our XV, with 18 tackles and 24 metres made it's no wonder he makes the cut once again.

3. Samson Lee (Wales) - The Georgian game is built around a strong scrum, Samson Lee took more than a couple of scrums against the head, leaving them without their go-to weapon.

4. Maro Itoje (England) - Itoje is the other returning player, another phenomenal performance, tackling, carrying and stealing lineouts in key areas, resulting in a MOTM performance.

5. Jake Ball (Wales) - Jake carried well through the contest in the driving rain, he gave Wales front-foot ball with 48 hard metres to his name along with a key turnover in testing conditions.

6. Tom Curry (England) - Tom was a huge part of England's defensive effort against the Irish, his 20 tackles and dynamic turnover abilities were invaluable in such a close game.

7. Sam Underhill (England) - 2nd half of the 'Kamikaze kids', Underhill had an equally impressive shift with his brutal hits and agility in the contact area to keep the Irish attack fairly quiet.

8. Billy Vunipola (England) - Billy has stepped up his defensive game, and this showed, as he completed a chart-topping 25 tackles in a game won on England's impact without the ball.

9. Antoine Dupont (France) - Dupont was a calming influence on an otherwise erratic day for the French, his kicking was used to great effect pinning the Scottish back in their own half.

10. Callum Sheedy (Wales) - His first start for Wales was a successful one, despite the wet weather he kicked well, and orchestrated the backline when points were hard to come by.

11. Jonny May (England) - May scored two tries for England, including a spectacular solo effort which is worthy of all the plaudits, cementing his place as England's number 1 winger.

12. Gaël Fickou (France) - The creative centre had a busy game around the park, constantly threatening the Scottish line... and probably should have had his name on the scoreboard.

13. Virimi Vakatawa (France) - This Man of the Match performance from the Racing 92 centre, along with his try, ultimately proved to be the difference in a tightly fought contest.

14. Louis Rees-Zammit (Wales) - The Nineteen-year-old winger scored Wales' first try on his first start, and also providing the assist for another one, some start for the youngster.

15. Thomas Ramos (France) - In a game dominated by the aerial battle, Ramos came out on top in a majority of cases, as well as his accurate kicking game amassing 14 points.