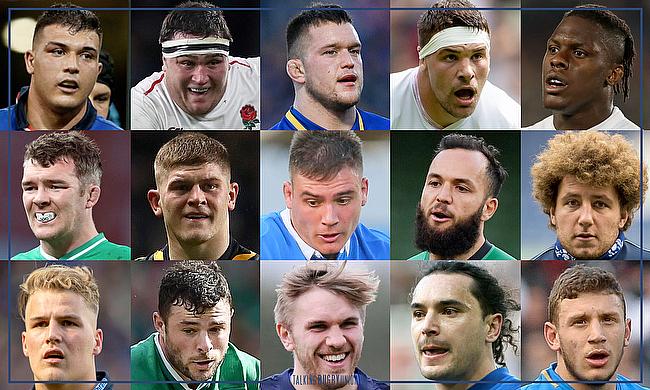 The TRU team put together their Autumn Nations Cup XV of round 1, which saw the France v Fiji game cancelled due to COVID-19 complications.

1. Danilo Fischetti (Italy) - The Italian loosehead had a powerful game in the scrum and around the park, showing what a prospect he is on his first cap and at just 22 years old.

2. Jamie George (England) - Scoring a hat-trick on his 50th cap sealed off an impressive display from the England hooker in frustratingly poor weather conditions.

3. Andrew Porter (Ireland) - Ireland's tighthead had a huge game at the set piece, taking chunks out of the Welsh front row, winning more than a couple penalties at the scrum.

4. Charlie Ewels (England) - Bath's second-row had an industrious performance, proving that his attacking game has evolved when it comes to the tighter exchanges around the ruck.

5. Maro Itoje (England) - Although he played blindside against Georgia, the Saracen had the kind of impressive 80 minutes that we have begun to expect from the 26 year-old.

6. Peter O'Mahony (Ireland) - Throwing his voice and weight around the park... there's plenty of fight left in the dog yet, surely giving Farrell plenty of back-row selection headaches.

7. Jack Willis (England) - A try on debut for the Wasps' flanker, turning up in multiple tackle and jackal situations, getting a valuable turnover for England off the back of them.

8. Jake Polledri (Italy) - Unfortunately suffering a serious injury, the powerhouse number 8 displayed just how brusing he can be with ball in hand, hell of a carrier!

9. Jamison Gibson-Park (Ireland) - His first start in an Irish jersey, the nippy scrum half controlled the tempo of the game well, and was involved with alot of attacking moves throughout.

10. Duncan Weir (Scotland) - Getting back in the Scotland side after over 4 and a half years, the man with the 'do' had a superb game and was unlucky not to get a try later on.

11. Duhan Van Der Merwe (Scotland) - Scoring his try coming off his wing which added to his 143 metres made.... just some of the reasons that resulted in a man of the match performance.

12. Robbie Henshaw (Ireland) - Kept the Welsh centres very quite thoughout the game, he constantly put his hand up for hard runs into red jerseys and tackling big ball carriers.

13. Chris Harris (Scotland) - The italians were intent on playing with width, and playing alot of running rugby, the Scottish centre halted the majority of those efforts and attacked well too.

14. James Lowe (Ireland) - Another try scoring debutant, Lowe brought his club form to the international stage and proved too much for the Welsh defense on several occassions.

15. Matteo Minozzi (Italy) - The little fullback was busy all day in defense and attack, displaying his quality and scored an impressive try keeping Italian hopes alive.