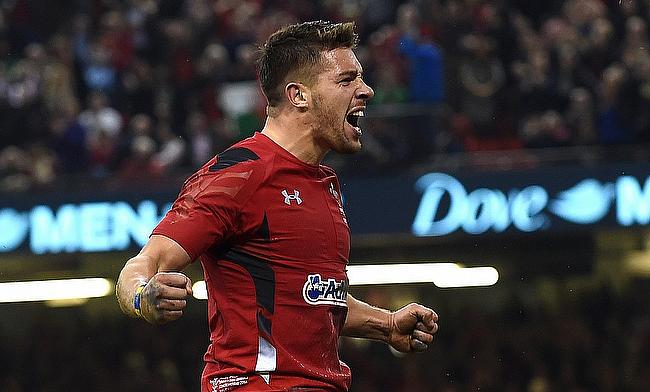 Rhys Webb was one of the try-scorer for Wales
©PA

Wales have managed to end their losing streak as they managed to overcome Georgia 18-0 in the second round of the Autumn Nations Cup at Parc y Scarlets.

Wales' previous win came in February when they defeated Italy following which the team had gone through a six-game losing streak under Wayne Pivac.

Pivac made 13 changes to the starting line-up with Justin Tipuric and Liam Williams retaining their place while Georgia entered the game with five changes. James Botham, grandson of former England cricketer Ian Botham, made his Test debut for Wales.

Callum Sheedy got Wales off the mark with a penalty kick in the 10th minute and then the fly-half with a cross-field kick set up Louis Rees-Zammit over the line in the 26th minute. Sheedy also kicked the conversion to make the scoreline 10-0 for the home side in the opening half.

Johnny McNicholl was forced off the field injured in the second half before Sheedy with his second penalty in the 52nd minute increased Wales' lead to 13 points.

In the 56th minute, Justin Tipuric suffered a head injury after he was struck by Beka Saginadze, who was sin-binned. Replacement Rhys Webb took over the captaincy and Pivac's side had another setback when Liam Williams left the field with a mouth injury.

With four minutes left in the game, Webb seized the game after collecting a pass from Rees-Zammit to dot down as Wales completed a 18-0 victory.