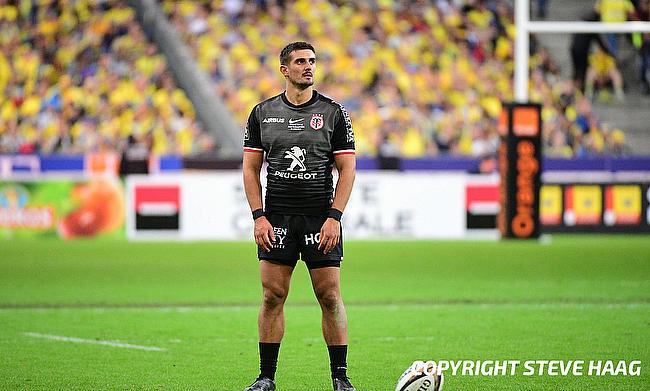 Virimi Vakatawa was the solitary try-scorer as France edged out Scotland 15-22 in the second round of the Autumn Nations Cup at Murrayfield Stadium on Sunday.

The Dark Blues now have a win and a defeat apiece in the two games and are now second in Pool B while France are at the top of the table.

The defeat also marked the first defeat for Gregor Townsend's men in six games and they will not be playing next week after their game against Fiji was cancelled due to the outbreak of Covid-19 in the South Pacific side.

An infringement from Chris Harris allowed Scotland an opportunity as Thomas Ramos kicked a fourth minute penalty to start the proceedings and six minutes later, he slotted another three pointer to take the visitors' tally to six points.

Duncan Weir led the response from Scotland as he kicked back to back three-pointers at the end of the first quarter to level the scores for the hosts.

As Ramos sliced the ball, fly-half Matthieu Jalibert put France in front with a drop goal in the 24th minute following which Weir and Ramos exchanged penalties as the scoreline became 9-12 in the opening 30 minutes of the game.

As the half time was approaching, Weir slotted another penalty kick as the opening half ended level with 12-12 scoreline for both the teams.

France took just two minutes to score in the second half as Gael Fickou's offload was capitalised by Virimi Vakatawa as he dotted down and Ramos followed with the conversion to make the scoreline 12-19.

Weir's fifth penalty kept Scotland in the game as the gap came down to four points but Ramos' three-pointer in the 62nd minute took France seven point ahead which eventually proved enough.