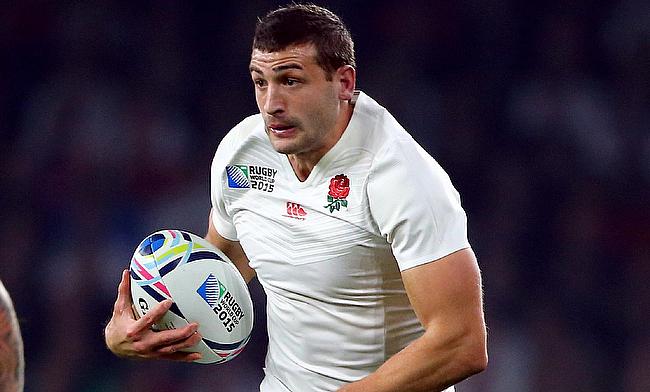 Jonny May scored two tries in the opening half as England maintained their winning streak in the Autumn Nations Cup with a 18-7 win over Ireland at Twickenham Stadium on Saturday.

England now are at the top of the table in the group with wins over Georgia and Ireland. They will now face Wales in the final game of the group stage next Saturday while Ireland will line-up against Georgia.

It took England just 17 minutes to get the first points of the game after a cross-field kick from skipper Owen Farrell allowed May to capitalise and touchdown for an unconverted try.

The winger continued to impress as he collected his own kick and went past Jamison Gibson-Park to touchdown on what was his 31st try but this time Farrell kicked the conversion as the red rose team completed the opening half with a 12-0 lead.

An infringement from lock Quinn Roux allowed Farrell to kick a penalty goal in the 46th minute and another Ireland infringement allowed the England skipper to kick another three-pointer in the 52nd minute making it 18-0.

Ireland were desperate for a breakthrough but they had to wait until the 74th minute as replacement fly-half Billy Burns chipped a kick that replacement Jacob Stockdale dotted down. Burns also followed with the conversion but that was the last of the points for Andy Farrell's side as they succumbed to a 11-point defeat.