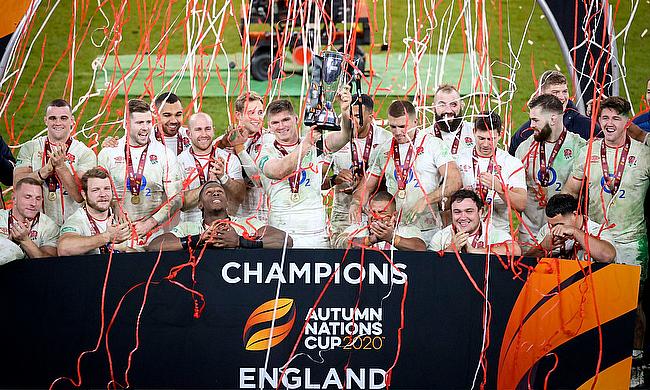 Any notion that England were going to fall out of the reckoning as one of the leading sides in the world after their defeat to South Africa in the 2019 Rugby World Cup Final has been eradicated.

Eddie Jones’ side lacked the experience and nous when it mattered the most in Nissan Stadium – no more so than their 26 phases of possession that would have allowed them to close the gap at half-time. However, the Springboks defence held firm amid the pressure, which allowed them to expose the tiring England legs in the second half.

The Red Rose were then caught cold in their opening Guinness Six Nations 2020 Championship match against France. The resurgent Les Bleus with Antoine Dupont and Romain Ntamack pulling the strings overmatched England at the Stade de France.

However, Jones steadied his side with impressive wins against Scotland, Ireland and Wales before bouncing back from a sloppy first half to beat Italy, securing the Six Nations crown in the process. They have since reaffirmed their dominance with further wins over Ireland and Wales in the autumn, suggesting that another charge for the Six Nations is on the cards in 2021.

Do England Have The Talent?

Jones has a young squad at his disposal and players are only continuing to improve under his charge. There have been peaks and troughs under Jones since his arrival in 2016 but the last year has proven that the current squad is beginning to develop nous in key situations. They were under pressure against Scotland and Italy, but came through on both occasions to aid their triumph.

No one has doubted their talent, especially considering their outstanding win over New Zealand in the World Cup semi-final. They played the All Blacks off the park on that day and, although the Kiwis have had their problems since notably losing to Argentina, it was probably one of the greatest performances in the recent history of English rugby.

However, the defeat to South Africa in the final showed signs of immaturity as they failed to respond to the setback of losing Kyle Sinckler and lacked the key punch under pressure to find the try line against the Springboks. Fatigue more than any other factor played the crucial role in their collapse in the closing minutes, turning a narrow defeat into a lopsided score in South Africa’s favour.

Jones made a point of turning the corner after the loss, leaving the older players in the squad out in the cold for the Six Nations and flooding his team with young players on the rise. The core of the team will remain the same for the next three years, with Owen Farrell, Billy Vunipola, Jonny May, Ben Youngs and Maro Itoje among the key men in the ranks.

Cultivating depth is a crucial issue for the Red Rose, and Jones highlighted his intentions by naming a squad for the Autumn Nations Cup that included 18 players under the age of 26. They have blown away their opponents in the Northern Hemisphere and their odds to win the Six Nations of 11/10 as of December 4th highlight their dominance. The questions will come from the titans from the south.

Can England Reach Their Potential?

Clashes against teams from the Southern Hemisphere have been an issue for England outside of Australia. South Africa have won three out of the last four meetings, including their triumph in the World Cup final. Their last home match against New Zealand resulted in a close defeat, but the win in the World Cup semi-final proved that the teams are very well matched.

The Red Rose will have no fear playing the All Blacks in the future, although the Boks seem to have the psychological edge and the tactical nous over Jones and his team. England have hammered Australia of late and the Wallabies should not be an issue in the near future of even down the road at the next World Cup.

Due to the influx of young players that are filtering into the squad and are operating at a high level, England could be blessed with a talented roster of at least 30 players that will hand them the ability to reach the peak of world rugby. Even with the prospect of injuries that have hit the Red Rose on a continual basis since Jones’ arrival, England are on course to have the depth to cope but remain a potent threat for major competitions. It’s all there for Jones and his team – but managing expectations and rising to the occasion is key for the team.