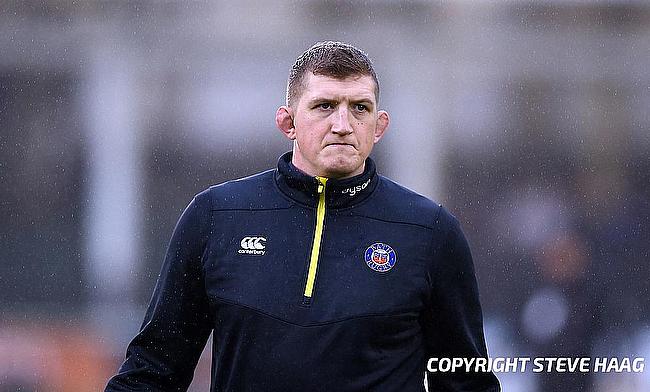 Defences were certainly not on top as Bath and Wasps put on a brilliant display of attacking rugby on Friday night in the Gallagher Premiership.

The game saw two quality backlines face up against each other, in a war of who could go over the most - a fantastic game for the neutral.

Before the game, Stuart Hooper said that he wanted his Bath side to go out and entertain the public on the back of what has been a difficult week for most, and his side duly delivered. It seemed as if the game was an all-out attack affair from minute one and with the quality of both sides' back lines, it was a recipe for tries.

But despite scoring their highest points in a game this season, Bath were left bitterly disappointed with how the match slipped away from them. In what has been a torrid start to the season by their standards, they really needed to pick up the win on Friday night to gain momentum in the league.

On paper, Bath should be managing games better than they have done so far this campaign. After going up 13-0 inside 10 minutes, they had a huge opportunity to run away with the game and gain some much-needed confidence, but it wasn't to be.

Stuart Hooper explained: “The common theme is that there were moments where we let them back in the game. We exited particularly badly and gave them opportunities to score.

"I don't want to pick positives. I want to make sure we understand that it's unacceptable and it bites, and it hurts. We had an opportunity here tonight, and we had a plan to go out there and cause some problems for Wasps, and unfortunately, we came out on the wrong end of it."

Couldn't be denied after that performance ??

Man of the match Paolo Odogwu speaks as @WaspsRugby come out on top in a cracker! pic.twitter.com/KAcoFQ7c7o

Although Hooper will feel his team could have done better, they by no means rolled over when Wasps came flying at them, and they showed real flashes of quality throughout the 80 minutes. The free-scoring game seemed to have the match teetering between the two teams at times, and on any other night, it could have gone Bath's way.

As for Wasps, the complacent start must have taken Lee Blackett by surprise, and I'm sure it will be something which he'll be addressing. But the game's loose nature gave them ample chances to show their quality in attack, and they made them count.

I was impressed by how well Wasps were able to rally and come back to win the game. The players showed real resilience and belief to get the bonus point victory. It's testament to how well drilled Blackett's side are offensively this season.

The stand-out performer for me was man of the match, Paolo Odogwu. The powerful runner showed flashes of brilliance and tricky footwork in going over twice, but I was more impressed by his commitment to track and tackle Ruardih McConnochie to stop what would have been a sure-fire Bath try at a pivotal point in the game. Hats off to Odogwu, he was everywhere, and he was excellent.

Odogwu said: “It was a hell of a game. We made it hard for ourselves going 13 points down in the first 10, but I think we knew that we weren't at our best and as soon as we turned it on, it showed.

"We just spoke to each other and said we don't need to give away those pens as we trust our defence, and we know that if they start running at us and we stay out those breakdowns, we’re going to stop them and that's what we did."

The victory was their fifth on the bounce, and Wasps now look very strong heading into their next fixture – which is likely to be against Harlequins in the Gallagher Premiership with the future of this year’s Champions Cup competition now in doubt. Being in such good form will certainly boost team confidence, and Blackett's side will feel they can match anyone at the moment.