Tuilagi in as England Stay Un-Changed 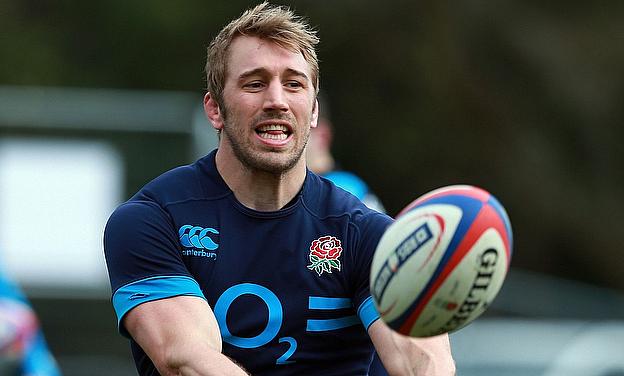 Chris Robshaw hopes France can do England a favour
©PA

Ross and Ireland ready for Forward Clash
Tuilagi makes Squad
McBryde fears for Jenkins
Lancaster set to Stay the Same
France deny Scotland at the death
England vs. Wales Preview - All you Need to Know!
France introduce seven changes ahead of Scotland this weekend

England have named an un-changed starting line-up for their final 2014 6 Nations encounter against Italy in Rome, with Manu Tuilagi coming onto the bench.

The Leicester centre will make his first appearance in an England shirt in a year after recovering from a torn pectoral injury that kept him out of the game for six months.

The British and Irish Lion has played just 70 minutes of rugby for the Tigers since his return, but head coach Stuart Lancaster has deemed him fully fit and ready to play after impressing in training.

Tuilagi can cover centre and wing and has replaced Alex Goode on the bench in the only change to the 23 that defeated champions Wales 29-18 on Sunday.

"It's great to be able to name an unchanged XV and we have been able to achieve consistency of selection in a very competitive squad this campaign," Lancaster said.

With Goode removed from the bench, wings Jack Nowell and Jonny May are on standby to provide cover for Mike Brown at full-back if needed.

Wasps prop Matt Mullan and Bath centre Kyle Eastmond will travel with the squad to Rome as 24th and 25th men.

Tuilagi could have been fast-tracked into the matchday 23 that secured the Triple Crown against Wales at Twickenham, but Lancaster felt he needed another week in camp before being plunged into action.

England head to Rome with the primary objective of defeating Italy, but must also overhaul Ireland's imposing points superiority in case the Six Nations title is decided by that measure.

France also remain in the hunt for Wales' crown - they host Brian O'Driscoll's men in Paris in the climax to the tournament - but with Ireland 49 ahead of England on points difference, they have established a near-unassailable lead.

Mindful of the explosive impact Tuilagi could have on a tiring Italian defence, Lancaster has called up the destructive 22-year-old to reinforce the final push for the first major piece of silverware of his two-year reign as head coach. 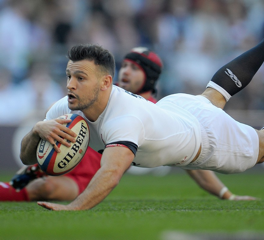 Care, the England scrum half, hopes the cruel luck that ended England's Grand Slam quest on the opening day of the RBS 6 Nations returns to torment Ireland when the tournament reaches its climax.

"If we've got the win in Italy then a couple of kind bounces in Paris would be nice!" the Harlequins scrum-half said.

"If we go and win against Italy we'll be happy. Obviously we'll look back at the French game and be disappointed, but we can feel incredibly proud of our last three performances.

"We bounced back from that loss to win a Triple Crown. I've heard people say it means nothing, but I don't agree with that."

The Stadio Olimpico showdown launches the final day, giving Ireland and France the advantage of knowing what they must do to snatch the title from their rivals.

England's best-case scenario is to overwhelm Italy by at least 50 points, but Care refuses to look beyond securing the result.

"We're not thinking about the points difference at all. It hasn't even been spoken about," Care said.

"It's putting in another big performance and getting the win. That's all we want. The other stuff will take care of itself.

"It's in the hands of the gods really. We'll hope France can play well and get the win but for us it's about going there and playing against a really tough team in Italy."

England, who have finished Six Nations runners-up for the last two seasons, need a deluge of tries at the Stadio Olimpico and it is hoped Tuilagi's power will be influential in the attempted points grab.

"The Wales result was very significant for us but we need to finish the tournament well in Rome," Lancaster said.

"We have had a tight turnaround and the key this week has been to manage the players' recovery and get them in the best shape for what will be a tough match against Italy."

Although France may have destroyed England’s chances of a Grand Slam in their opening round of fixtures last month, England skipper Chris Robshaw insists that les Bleus will have his team’s full support when they face Ireland.

After England’s fixture with Italy in Rome, the focus will then be on Ireland's visit to Paris - where they have prevailed just once since 1972 - with Robshaw and his team-mates glued to a match that will have decisive ramifications on their own fate.

If England win in Rome, the title will be decided by point’s difference with either Ireland or France - who clash at the Stade de France - also competing for the crown.

"For us Italy is a championship-deciding game and it's very exciting," Robshaw said.

"We've got to control what we can with our own performance and then we'll be like every other fan in the country cheering on the French."

Six weeks on from England’s agonising 26-24 defeat at the hands of the French, England have recorded impressive wins over Scotland, Ireland and Wales to win the Triple Crown and keep them in contention on the Tournament’s final day.

Had Les Blues not been blessed with kind bounces of the ball that led to two early tries and the individual brilliance of Gael Fickou, the Red Rose would have been playing for the Grand Slam at the Stadio Olimpico.

Fickou's late try will forever haunt this England team and their head coach Stuart Lancaster, but Robshaw takes consolation from the resilience shown in the aftermath of such a gut-wrenching loss.

"The bounce of the ball went against us," said Robshaw, the Harlequins and England captain

"It can be very cruel at times but then it can be brilliant for you as well. Unfortunately on that day it went against us

"To concede a try within the first minute and then another shortly after from kicks is tough, but that's the way it goes. We've reacted well.

"We've put ourselves in a position to win the Six Nations and we've learnt from what happened in Paris - look at our ability to close out the game against Ireland.

"It's been a massive test of character to bounce back and actually go out there and put ourselves into contention, that's what we've done.

"We've had to take points off other teams. We've had to hold our ground at our own place and perform well.

"So we did learn a lesson from there but, of course, we'll always look back at that game now and ask 'what-if?'.

"But we can't, there's no point. It's not going to do anything for us. We've just got to focus on Italy this weekend."

If the title is decided by points difference, Ireland have established a near-unassailable position as they have amassed 49 more than England.

Robshaw has cautioned against arriving in Rome with the goal of swamping Italy, pointing to Harlequins' experience in the 2011-12 season of the Heineken Cup when they missed out on the quarter-finals because of their ambition.

"We went to Connacht in the Heineken Cup and Toulouse went to Gloucester," he said.

"We thought we would need a bonus-point win to win, but Toulouse actually lost. If we had won the game by taking our kicks and not chasing the game we would have gone through.

"The perception inside the camp is that Italy is going to be a very tough game.

"We know exactly how tough this is going to be. The attacking rugby they are playing has come on in leaps and bounds and I'm sure will test our defence."