TRU’s Team of the Six Nations 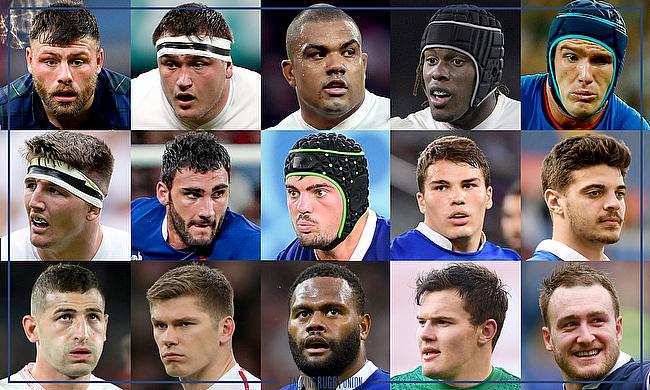 After England secured the Six Nations title on Saturday, the Talking Rugby Union team have selected their XV of the tournament.

1. Rory Sutherland (Scotland) – As per Gary Heatly’s interview with Zander Fagerson on Talking Rugby Union today, Scotland’s power up front looks set to be a major weapon for Gregor Townsend’s side following a very pleasing Six Nations campaign. Key to that will be Sutherland who was extremely consistent during the championships.

2. Jamie George (England) – With Luke Cowan-Dickie and Tom Dunn potentially knocking on the door of the number two jersey, George’s solid display on his 50th appearance for England in Rome highlighted just how important he is for Eddie Jones going forward. He is a world-class hooker already, but with added competition in that department, the Saracens man could get even better.

3. Kyle Sinckler (England) – As good as Ireland’s Tadhg Furlong was before the lockdown period, Kyle Sinckler continues to produce for Eddie Jones. Only Owen Farrell, Maro Itoje and Tom Curry played more minutes for England than the Bristol Bears man, who carried well throughout the tournament.

4. Maro Itoje (England) – Our England theme continues into the second-row and there can’t really be any arguments for not picking Itoje in this team. He was a nuisance all evening against Italy on Saturday and has shown his qualities at the breakdown, and in the line-out, time and time again.

5.  Bernard le Roux (France) – On the weekend, we applauded the tremendous achievement of Alun Wyn Jones as he became the world's most capped international player whilst James Ryan was impressive for Ireland during the Six Nations, but France’s Bernard le Roux made a sensational 87 tackles - the most in the competition - so he just had to be in our team.

?? Learning to stay in games
?? Back-row balance
?? Fickou the leader & keeping disciplined
?? Respect for Farrell
?? Determined to challenge for the top

6. Tom Curry (England) – He will have been disappointed with how the Gallagher Premiership season ended for Sale Sharks, but Tom Curry carried his excellent domestic form on to the international stage. Having begun the tournament at No.8 in the absence of Billy Vunipola, the 22-year-old was back at flanker in Rome and the 'breakdown king' was excellent. His crawling tap-tackle on Italy’s Seb Negri was a particular highlight! Scotland's Jamie Ritchie also gets a notable mention here.

7. Charles Ollivon (France) – The French skipper is named in our team not only because of his superb work in the tackle, but he has also shown how destructive he can be in attack. Defence coach Shaun Edwards has been mightily impressed by the Toulon man, who finished top of the try-scoring list in the Six Nations.

8. Greg Alldritt (France) – France’s defensive leader joins his captain in the back-row. Second to only his teammate Bernard Le Roux in the ‘successful tackles made’ column, the 23-year-old will play a key part in Les Bleus’ push for the 2023 World Cup. Italy’s wrecking ball, Jake Polledri, also deserves a shoutout.

9. Antoine Dupont (France) – Any success France have at their home World Cup in three years’ time may well rest on the shoulders of scrum-half Antonie Dupont. The Toulouse number nine was arguably the player of the tournament and his leadership and decision making on the field helped the French have a very positive Six Nations. He also had the joint-most assists and the most offloads in the tournament.

10. Romain Ntamack (France) – The second part of the French half-back double act also makes it into TRU’s team. Fly-half Ntamack oozes composure and he controlled Les Bleus well during the tournament. Standout performances against Wales and Ireland highlighted how talented the 21-year-old is and how excited France should be.

11. Jonny May (England) – Wales and Josh Adams got the tournament off to a flying start whilst France’s Teddy Thomas showed his individual class at times, but England’s Jonny May makes it into our team. Eddie Jones’ men lost just once on their way to the Six Nations crown, but May’s brace of tries in defeat against France helped his side to a losing bonus-point, which in hindsight proved crucial for England.

12. Owen Farrell (England) – Ireland’s Bundee Aki was very good against Italy when the Six Nations returned, but England captain Owen Farrell slots in at inside centre. His leadership skills were on show again as Eddie Jones’ side bounced back from World Cup heartache to lift the championship.

13. Virimi Vakatawa (France) – Max Ashcroft will not be amused if Wales’ Nick Tompkins doesn’t get a mention here as the Dragons man looks to have settled well on the international scene, but Vakatawa has to be in this side purely because of his explosiveness and quick thinking to create opportunities from absolutely nothing.

14. Jacob Stockdale (Ireland) – Based at full-back for the conclusion of the championships due to Jordan Larmour’s injury, Stockdale made more metres (498) than any other player in the Six Nations and will be key in Andy Farrell's future plans.

15. Stuart Hogg (Scotland) – Many may remember Stuart Hogg’s Six Nations campaign for a couple of mistakes he made against Ireland and England, but Exeter Chiefs’ double winner signed off with a bang as his late penalty helped Scotland secure their first Six Nations win in Wales for 18 years. Anthony Bouthier gets a huge notable mention here as he was another key player in France’s successful tournament.