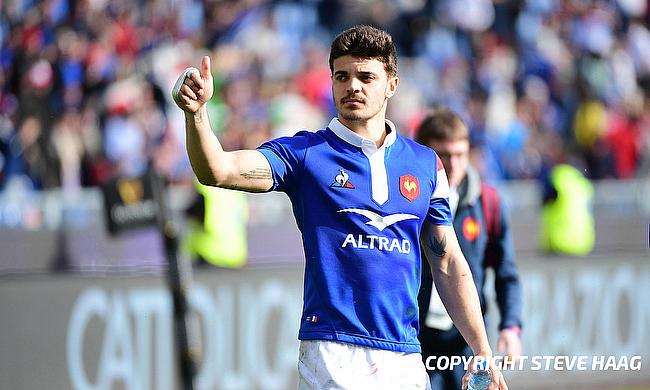 A four-try performance from France ensured they complete a 35-27 bonus point victory over Ireland in the final round of the Six Nation tournament in Paris.

Despite claiming five points in the Saturday's game, France finished second in the tournament as they had an inferior point difference as compared to England while Ireland finish third.

France got off to a bright start after Gael Fickou flicked a pass to Antoine Dupont for the opening try in the seventh minute and Romain Ntamack followed with the conversion to provide them a seven point lead.

France were reduced to 14-men temporarily when Anthony Bouthier was yellow carded for a deliberate tap and a desperate Ireland kicked a couple of penalties to the line out before Cian Healy on his 100th Test cap powered his way over the line and Johnny Sexton kicked the conversion to level the scores.

A penalty from Sexton put Ireland into lead but they lost momentum when Caelan Doris was yellow cared for a tackle on Francois Cros without the ball and a penalty try was awarded to the Les Bleus to make the scoreline 14-10.

As the halftime was approaching Sexton and Ntamack traded penalties as France maintained a 14-point lead in the opening half.

After returning to full strength, Ireland kicked their third their penalty chance to the corner but it was the home side that dominated the proceedings with a try followed by back to back penalties from Ntamack to make the scoreline 28-13.

Just as Ireland looked down and out, Robbie Henshaw provided them some home as he seized a loose ball to score in the 60th minute and Sexton improved to make it 28-20 but Virimi Vakatawa's try helped France secure a bonus point. Jacob Stockdale provided some consolation for Ireland with a try in the 80th minute and Ross Bryne improved it but France went on to finish the game with an eight point win.