TRU Exclusive with George North - 'Winning only makes it Harder' 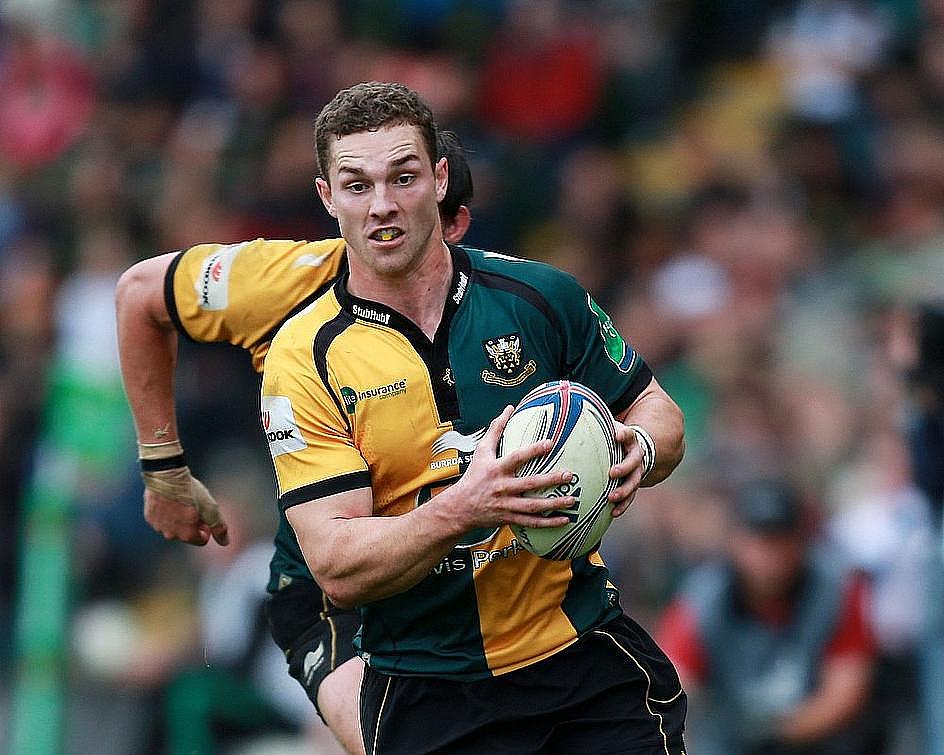 The enigmatic winger in action for the Saints 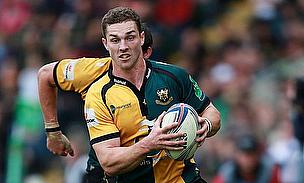 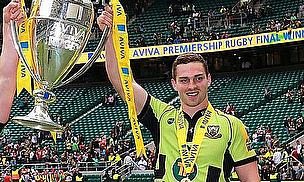 For 22-year-old George North the rise to international rugby stardom has been a remarkable, and explosive one and last year was no exception to this as the giant winger helped Northampton win the Aviva Premiership with his first season in the league.

A tortuous 100 minutes of rugby kept Northampton fans on the edge of their seats as the score swung in their favour and away from it again before prop forward Alex Waller burrowed his way over the Saracens try line as the final play of the game; sealing a historic 24-20 victory.

For the first time in their impressive history, the Northampton Saints were crowned Champions of England’s top flight in front of an 80,000 sell-out crowd at Twickenham.

However, as the celebrations and heroics of the final died-down the job at hand only gets tougher for North and his band of Saints. Reigning English champions, Northampton are now the scalp that everyone wants to get and with the opening weekend of the Aviva Premiership just a few days away, battle is about to commence.

As many top-flight teams and professional sportsmen and woman have learnt over the years, continuing to motivate yourself and perform after reaching the pinnacle of your sport, can be an entirely new and difficult challenge.

Talking Rugby Union’s Max Skofic caught up with the British and Irish Lion to talk about how he and the team were dealing with this added pressure and what their own ambitions are for the new season.

Firstly, George began by looking back to his debut season in the Premiership and the Final that ended the years of waiting for Northampton fans:

“For me, obviously, it was a new move to the Premiership,” George began, “and although there were a lot of surrounding stories about it, I thoroughly enjoyed my first season.

“There was always a lot of high expectation but, for me, I thought it went okay, you know. Obviously, I wanted to make more of an impact, but as a first season goes I scored a few tries, played well and came away with some silverware at the end of the year.”

For the vast majority of the season the title seemed to be a two-horse race between Northampton and southern rivals Saracens.

The London-based club, if anyone, started the season the strongest, not losing for a number of weeks and, although they finished the domestic season in first place, as is the nature of play-off rugby, they still couldn’t lift the trophy.

Waller’s hundredth minute try pierced the hearts of thousands of Saracens fans, once again, just days after they lost in the Heineken Cup final to Toulon in Cardiff.

“I don’t know what you mean!” George quipped, “Obviously it was good, and there was a good battle all season between us and Saracens; to win like that in the hundredth and last minute of the game was something special after such a big year as well.”

Looking ahead to the coming season, now just a few days away, all of the heroics and titles of last year count for nothing as each time begins again from scratch and fights it out for the title.

Pre-season was “Horrible,” George joked, “it’s a bit of a dark place for any man, or beast, but you have to get through it. You know, it’s one of those that builds a base of fitness before the season ahead.

“It’s been okay; the boys are all looking in decent shape so far and we are just gearing up towards the season now.”

Carrying forward momentum from the previous season, after a long summer gap can be incredibly difficult; however, Northampton’s winning mentality will be of paramount importance going forward as they look to start the season as they finished the last…

“It’s massive for us to carry forward the success of last year,” George said adamantly, “there’s been a lot of work put in for it by all of us, as Northampton always have a reputation of working hard, and push ourselves and that is going to be the thing that drives us.

“It’s a big season for us, after winning the Premiership last year but the challenge is something we are looking forward to as we hope to push on again, really.”

George joined the English club at the start of last season after signing in April 2012. Though, the giant winger began his rugby playing days in Wales, of course, with the Scarlets.

After working his way through the junior ranks he made his first team debut in 2010, followed by his international one in the 6 Nations later that same year.

The decision to move from his country of birth, from the Pro12 to the Premiership, was an incredibly difficult one for George and certainly not a move he took lightly.

“Yeah, it was for sure, obviously I grew up in Wales and that’s all I’d known. So it was a difficult move, but from minute one the players, the coaches and the whole of Northampton went above and beyond making me feel welcome and part of the squad.

For a player of George’s calibre, a number of high-profile clubs would have certainly been in the running to acquire his signature; however, it was the Saints who beat off the opposition and sealed a contract.

Max then asked George when the decision came from and, exactly, why Northampton?

“Why not?” George joked, “The club has a great history of both Premiership and European rugby and for me it was always about going somewhere where I could keep improving and enjoy my rugby.

“Northampton were obviously good enough to expect me and help me with my Welsh career as well.”

“But for the moment and this season I really just want to focus on the here and now, obviously, I just want to keep playing well for my club and my country.”

Northampton’s season kicks off with the first game of the new season on Friday 5th September, when the Saints welcome Gloucester to Franklin’s Gardens.

Listen to the rest of Talking Rugby Union’s interview with George above as he recounts his experiences for Wales and with the British and Irish Lions on their record-breaking tour Down Under.