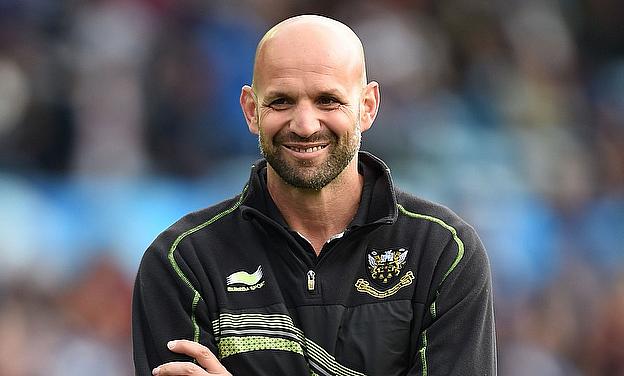 Northampton director of rugby Jim Mallinder is confident Saints are well equipped for their Aviva Premiership title defence despite their lack of new signings over the summer.

The Franklin's Gardens club were crowned English champions for the first time in their history after a dramatic 24-20 extra-time victory over Saracens at Twickenham in May.

Half-back Joel Hodgson from Newcastle has been the club's solitary new arrival, but Mallinder, speaking at Wednesday's tournament launch at Twickenham, believes his squad are ready.

"Every year you'd love to add another two or three world-class internationals, but unfortunately because of the salary cap you cant do that," Mallinder said.

"We're very happy with the squad we have. We have several senior players blended with youth. We're now seeing the fruits of our academy.

"Without a doubt it will be tight again and it becomes difficult in the autumn when you lose your internationals.

"The teams are improving all the time, so it's a brilliant competition. You can never go into a game half cocked, half baked."

"We want to be able to compete. It would be negative if we used the usual cliches of 'every game is a cup final' and 'we just want to stay up'.

"There's more to it than that because we want to do ourselves proud. We're not here only to survive.

"We need the mindset that on any day we're capable of picking up points."