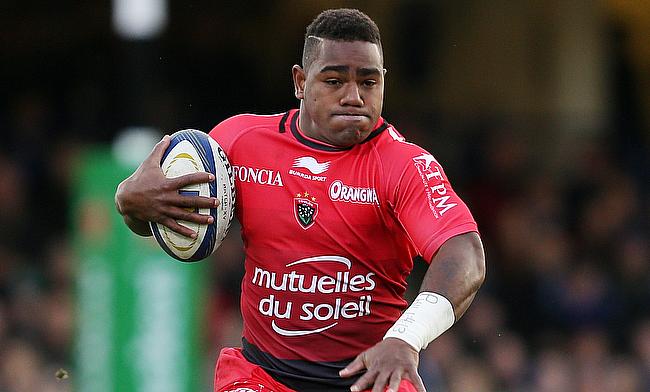 Toulon scored two tries in the last five minutes as they secured a 27-12 bonus point win over Sale Sharks at Stade Felix Mayol on Sunday to boost their chance of making to the quarter-final of the European Champions Cup.

This was also Sale Sharks' 10th consecutive defeat spread across all the competitions.

Even though, All Blacks Ma'a Nonu scored the opening try for Toulon in the second minute, Sale Sharks fly-half Sam James replied back when he crossed over in the 12th minute with centre Will Addison adding the extras.

Toulon lost Wales international Leigh Halfpenny temporarily when he was sin-binned in the 23rd minute as they headed into the half-time trailing by two points.

Halfpenny, who returned back to play brought Toulon back into the lead with a penalty in the 43rd minute and the gap was stretched to eight points when Springboks wing Bryan Habana strolled past the post in the 59th minute which was followed by a conversion.

Even though, Sale Sharks hooker Rob Webber brought the visitors back into the game with his 62nd minute try, Steve Diamond's men suffered a major setback when replacement Kieran Longbottom was yellow-carded for a dangerous tackle in the 75th minute, thus reducing them to 14-men in the closing stage.

Replacements Jonathan Pelissie and Josua Tuisova capitalised on it and scored back-to-back tries in a span of four minutes to secure a bonus point win for Toulon.