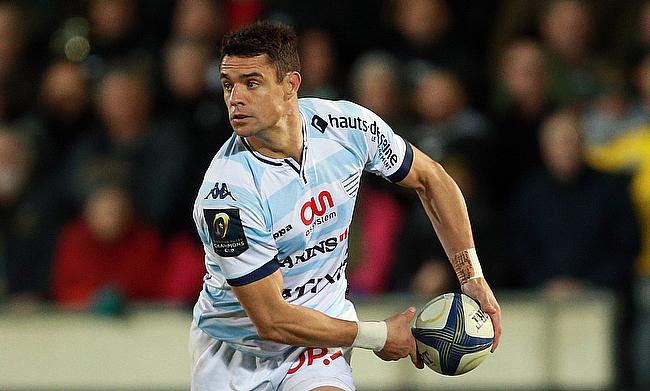 Toulon's three season reign as the champions of Europe is over after they were beaten in their Champions Cup quarter-final by Top 14 rivals Racing 92.

A penalty two minutes from time from the boot of French scrum-half Maxime Machenaud kicked the Parisians over the line and into their first semi-final with a 19-16 triumph.

Machenaud took over the goal-kicking duties when Dan Carter picked up an injury after missing three earlier kicks.

But he kept his nerve when it mattered most and it means Carter and co will now head to Nottingham's City Ground in a fortnight's time to meet Leicester Tigers in the tournament semi-final.

There was an exciting start at Stade Yves du Manoir as the home raced raced into a 10-point lead within the space of five minutes.

The points started to flow from the kick-off as English referee Wayne Barnes penalised Charles Ollivon at the first ruck on the Toulon 22.

That gave Carter an easy first shot at goal and he was back in action a few minutes later when Argentinian wing Juan Imhoff intercepted Maxime Mermoz's attempted pass to James O'Connor. Imhoff raced to the corner and Carter added the extras from wide out.

The champions were rattled, but the returning Matt Giteau steadied the ship from outside half and when Josua Tuisova picked out a mis-match in midfield against Racing lock Francois van der Merwe, and broke into the home 22, Ollivon was on hand to take the off-load and make up for his earlier gaff with a try.

Jonathan Pelissie added the conversion to make it 17 points in 10 minutes and then kicked a penalty on the stroke of half-time to level the scores at 10-10 at the break.

By then Toulon had fully recovered their poise and Racing had lost their skipper, Dimitri Szarzewski.

And it as Toulon who got the better start to the second half when Pelissie stepped up to kick another penalty four minutes after the re-start. But no sooner had they got their noses in front than they gave away two penalties in succession.

With Carter on one leg, carrying a knee medial ligament injury, Machenaud took over the goal-kicking duties and having missed one at the end of the first half, he missed another early in the second.

He then made amends when he got another shot to level the scores at 13-13 before he put Racing into a 16-13 lead on 53 minutes.

Pelissie responded on the hour, making it 16-16, to set up a dramatic finale that was further exacerbated when Machenaud missed a third kick on 73 minutes. However the scrum-half would hit his mark to steal the glory two minutes from time.