Tom Varndell Exclusive: "It is going to be a proper battle" 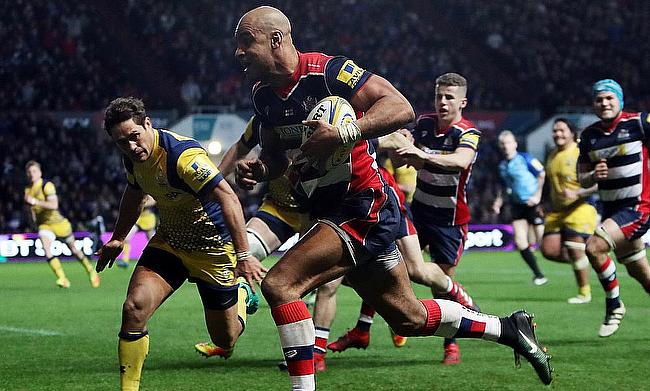 During his time with Leicester Tigers, Tom Varndell scored 45 of his 92 Premiership tries.

After beginning his career in the East Midlands as a teenager, the former winger went on to break Mark Cueto's record as the English top-flight's leading try-scorer during spells with Wasps and then latterly Bristol.

Having briefly returned to Mattioli Woods Welford Road for the 2018/19 season, Varndell now cheers on the current crop of Tigers from home.

Since the Premiership was introduced, Leicester have won 10 league titles and were regulars in the play-offs before the 2017/18 season when they concluded the campaign in fifth spot.

In the two seasons which have followed, the club have capitulated and experienced back-to-back 11th placed finishes and, if it weren’t for Saracens’ enforced relegation last term, the Tigers would have been the powerhouse plying their trade in the second division.

During these last few campaigns, some would argue the foundations of Leicester's culture has changed drastically. First, it was the departure of Richard Cockerill, the club’s legendary hooker, who had served as Director of Rugby for eight years.

Then came the sacking of another former Tiger in Aaron Mauger, with the New Zealander receiving his marching orders just hours after winning the Anglo-Welsh Cup in the February of 2017.

Matt O’Connor then returned to coach the side again, but he was let go following the first game of the 2018/19 season after having reportedly ‘lost the dressing room’.

O’Connor’s replacement did please many though, as Geordan Murphy took the top job after helping nurture the young talent at the club.

Steadying the ship, Murphy was promoted to Director of Rugby after Steve Borthwick was announced as Head Coach in the February of 2020, but the Irishman left his role at the conclusion of last season, ending a 23-year association with the team.

Now under Borthwick, there are fresh green shoots appearing from the earth and Varndell believes there are clear signs of progress at his old club.

“Leicester, I know, have had great success in the past and they have had their style of play and they did seem to have lost that for three seasons,” Varndell told TRU. “They weren’t anywhere near the top or competing properly.

“They are still not where they want to be in the league, but you can sense there has been a change. There has been an increased confidence. They have got some great direction to their play. Their big international players are starting to step up a little bit more and sort of show that power and that class they have got and they are bringing some bloody good youngsters on as well.

“That is what Leicester are known for. They were great at producing young talent who would then go through and achieve great things on the international stage. Players like Ollie Smith, Harry Ellis, Lewis Moody, these are all homegrown talents and now they have got the same sort of lads coming through again which is really good.

“It takes time for a coach to stamp their mark on a team, and Steve plays a certain way, but you can definitely see how that has started to be taken in by a lot of the Leicester players.”

With 3??0?? minutes until England U20s take on Scotland, get to know full back @freddiesteward_ ??

Since Borthwick has arrived in Leicester, the former England coach has relied on plenty of the club’s young players. We have seen the likes of Dan Kelly, Tommy Reffell, George Martin and Jack van Poorvliet step up to the plate, but it is the team’s 20-year-old full-back Freddie Steward who has caught Varndell’s eye the most.

Since rugby’s restart last August, the 15 jersey has become Steward's to lose and he actually made his senior debut for the club whilst a teammate of Varndell’s in 2018/19.

“For me, Freddie Steward has been a great find,” Varndell said, "well, not a great find because he has been at the club for a while. In my last stint, he was there, and I played in the second team with him and you could see he had that class.

“He is a big lad, he works hard and he is Leicester, and that is what the team needs to be built on. From the successful teams and the old Leicester’s, there has always been a nucleus of Leicester born and bred players who have come up through the Academy and want to play for the club and not the pay cheque. I am not trying to say that is a bad thing (playing for a pay cheque), but it is a club they have grown up with.

“They have stood on the terraces, they have watched their heroes play and they want to emulate that. They want to mirror what those guys have done and that is always important. I think that is what the game of rugby has always been about. It has been about the locals getting behind it and wanting their kids to play for the first team.

“I think players like Freddie, he is performing and he is getting some first-team action. He is getting better every single week and he is one of those players that is Leicester, probably for the whole of his career and he can become a proper club man and they’re the sort of characters you need in a team.”

Having reached the semi-final stages of the Challenge Cup last season, before crashing out against Toulon, Friday night’s encounter with Ulster is yet another chance for England’s most decorated club to lift silverware.

As for the Irish province, they come into the game in need of a win with pressure seemingly mounting on Dan McFarland to add some trophies to the Ulster history books.

Their legendary former captain, Rory Best, believes his old club will come out on top underneath the Friday night lights, but Varndell feels the importance of a positive result for Leicester extends beyond the current campaign.

“I think it is massive for Leicester’s season,” Varndell said. “It is massive for them as individuals, especially the younger players who have never experienced it before. Leicester have an opportunity now to right a few wrongs.

“They have come under a lot of criticism over the years with people saying they are not the team they used to be or that their big stars haven’t performed and this is an opportunity to perform on the big stage again and hopefully they will get a taste for it and want more.

“They have got a lot of nasty, nasty ball carriers who want a physical battle and it is going to be good. It is going to be a really good game and I know the boys and Leicester will be relishing it.”