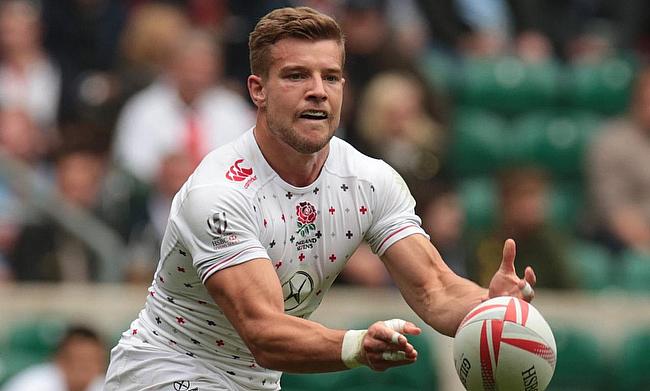 Mitchell will be leading a 12-man strong squad which contains seven-a-side experts like James Rodwell and Dan Norton as they will be competing with New Zealand, Kenya and Japan in Group C.

In his recent interview, USA head coach Mike Friday picked Fiji to be a team to beat after their back-to-back World Series title victories. However, Britain along with New Zealand, South Africa and Australia are also in contention making it an open contest.

Expressing satisfaction over the pre-season training with head coach Simon Armor, Mitchell expressed confidence in the ability of the squad picked for the high profile tournament.

"The mood in the camp is brilliant," Mitchell told Press Association Sport.

"There are always challenges when you are preparing a squad and when you are getting ready for the biggest event in sevens history.

"But from the very beginning when 27 players came together, we kind of forged a bond and bought into what we were trying to do.

"It has been an amazing journey to get this far, and everyone has played a huge part.

"We have got three tough group games, for sure, but there is a huge amount of talent in the squad and a lot of belief that if we do things right, then we should do very well in the tournament."

Apart from Mitchell, Rodwell and Norton, the squad also contains Scotland international Mark Bennett along with Marcus Watson and James Davies, brothers of England's Anthony and Wales' Jonathan respectively with most of the players had been part of the recently concluded World Series - something that the 27-year-old believes will benefit Great Britain.

"The experience we have is important.

"We've got guys who have won tournaments in the World Series, and then you combine that with the sheer individual talent we've got.

"I think what we have seen in the last few years is how (sevens) standards are constantly increasing. We saw six different winners in the World Series this year, so that sets it up very nicely.