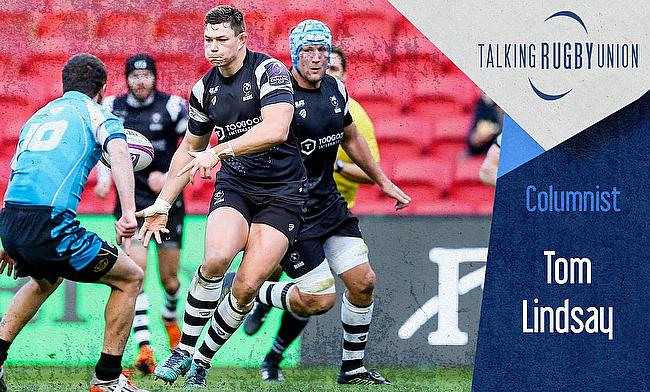 New TRU columnist Guy Thompson excited to get going with Ealing
TRU Talks with Bristol Bears' Tom Lindsay
Bristol Bears hooker Tom Lindsay to retire at end of season
Ethan Waller Column: An act of kindness at this time of year can be more powerful than you think

In his maiden column for Talking Rugby Union, Tom Lindsay discusses his recent retirement from the game and why it is important to plan for life after the sport.

‘How does it feel?’ a lot of people ask me. To be honest, I feel at peace about it.

Fourteen years in the game at some of the biggest clubs in England under some unbelievable coaches and alongside some absolute legends has been amazing.

Current players and friends are probably are saying 'change the record Linder’ or ‘is there any echo in here!’ but I promise this is the last time I will mention it…When you retire and are reflecting on your careers, I will be there saying the same thing… only joking!

Retirement scares a lot of people which is completely understandable. The circumstances and scenarios vary from injury, age, a better offer or they just fall out of love with the game which can be very tough.

My preparation had me trying all kinds of roles from construction to labouring, from coaching to gaining work experience with an event company. It was varied, but I benefited from connecting with so many people and filling up my little black book, something that Lawrence Dallaglio mentioned to a young, slightly more rotund version of me in 2008.

These connections are vital to me today, remembering it’s a two-way street, don’t be selfish, aim to help others like they have helped you. I firmly believe in karma. What goes around comes around. Professional sport is a small work and word travels, good and bad. These experiences also help me work out what I didn’t like and eventually, it help me work out that I enjoy working with people of all ages and genders and the getting best out of them by helping them unlock their true potential.

I have written down ‘crisis management’ as one of my skills on my CV which I pride myself. Have you ever tried to round up a load of inebriated 110kg+ rugby players on an end of season social on a mad Monday outside the Ship in Wandsworth??

But seriously, the current environment - I mean Covid and the pay cuts - has given me the experience to represent a group of players in this unprecedented time, although stressful, I found out a lot about myself and grew in confidence with my own ability.

Professional rugby is a very short career in reality. The opportunity to play a sport in front of thousands of people around the world is a gift that requires a lot of hard work and dedication.

Throughout my career, from starting professionally at 18 until now, the game has changed drastically, not mention that I had to learn to scrummage over and over again thanks to laws changing every season…. for the better but that was still tough especially being a tall hooker.

After 16 years of playing professional rugby its time to hang up the boots. I have been so grateful to play for @WaspsRugby , @Saracens , @gloucesterrugby , @BedfordBluesRFC and @BristolBears and @EnglandRugby Saxons. Thanks for the memories. Linder ?? pic.twitter.com/5La7RfoW6m

Thank god the throwing goalpost didn’t change because to this day I still struggle to hit the tail straight!

Seriously, the game has changed drastically on and off the pitch. The word professional has evolved along with the game. Stretching, yoga, prehab, rehab, recovery, these were all methods to add those extra 1 per cents but as a young player in the noughties who thought he knew everything along with a lot of other young players, just found it a chore and preferred keeping Costa and Starbucks shares high by ordering five flat whites a day.

This take me nicely into preparing for retirement. Believe me, as you get older knowing you have put some time and made connections to help that transition when it comes, gives you piece of mind and also breathing space.

The amount of people that want to talk to you (by the way that’s not me saying I was a rugby legend but more of a pilot fish in the ‘big timers lake’…. ) because you are a commodity has been interesting.

People, successful people, pay a fortune to come to games with their families on their days off. Businesses pay ludicrous amounts of money to corporately sponsor teams. These businesses cover many demographics, recruitment, logistics, law firms, leisure wear… the list goes on. Make an effort to speak to people.

Look, I could talk all day about this but this was supposed to be an intro to me… apologies but until next time, stay safe and thanks for reading.