Ethan Waller Column: An act of kindness at this time of year can be more powerful than you think 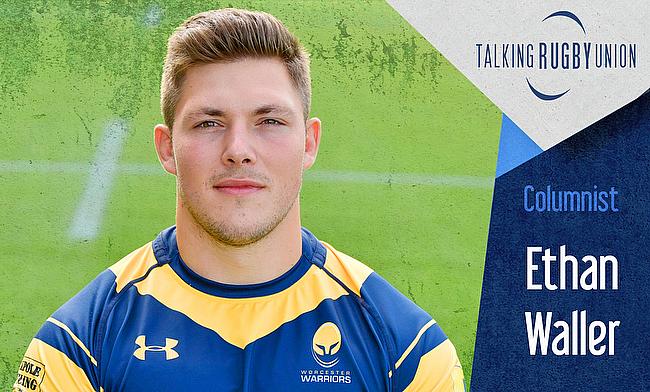 In his latest column for TRU, Ethan Waller is ready for the Christmas period and has highlighted the incredible charity work done by Worcester Warriors.

That magical time of year is here once again...

Sparkly decorations are everywhere, poor decisions are being made at Christmas parties all over the country, multiple men are extremely confident they can fit all their Christmas shopping into one afternoon dangerously close to the big day and more importantly, it’s the one month you can justify pretty much any decision with four simple words. ‘Screw it, it’s Christmas.’

Unfortunately, privileged as we are to play this game, the festive months bring no real change as a rugby player.

The only things that will be of any real difference are the front row will expend more calories avoiding the nutritionist than they will anything else, someone will find the 10 hour version of ‘Feliz Navidad’ on YouTube, then subsequently decide that it qualifies as suitable gym music and finally, the world’s most inappropriate collection of gifts will all be gathered in one room as the lads hand out their secret Santa’s.

A massive thank you to @beef324 & all the @WorcsWarriors players for their amazing 'Jingle Bell Ruck' concert last night ??????@NiallAnnett2 shared some heartfelt words on why they support Acorns & funds raised will help create precious moments at our hospices. #worcester pic.twitter.com/t98v0jcAGr

Aside from that it’s business as usual. Christmas Day we’ll have off for sure, but fixtures normally will dictate anything alongside it. Not the end of the world by any means, as I’ve come to learn. However, the holiday season is so much more than just getting drunk and eating a medically distressing amount of pigs in blankets.

It’s a bit of a cliché but I do firmly believe it’s the time for giving. Especially as rugby players. We’re extremely fortunate to be in the position we’re in, and I think sometimes the positive impact we can have on the local community can be underestimated. It’s highlighted to me every year when we visit local hospitals or other establishments of that nature.

Smiles on faces, enthusiastic fans or just the general excitement of someone of reasonable fame coming and spending some time with those who may not be as fortunate as others at this time of year. From the places I’ve been and the visits I’ve been involved in, it seems to make a huge difference for what is essentially, very little effort on our part.

With that being said, it has become a bit of a Christmas tradition for us at Worcester to make idiots out of ourselves (with a festive twist of course), in front of an audience all in aid of a local charity.

Last year was a rugby themed pantomime called ‘Cinder-fella’. Done as part of Chris Pennell’s testimonial, money raised went to Acorns, Diabetes UK and the Grace Kelly Ladybird Trust. After a lot of consideration, this year it was local children’s hospice Acorns that was once again the beneficiary of an event we called “Jingle Bell Ruck”. Excuse the slightly cringe title, but it was essentially a group of Warriors players singing Christmas carols, some of which we had turned rugby specific, others which were your bog-standard festive favourites.

Overall a pretty entertaining evening which ended up in Isaac Miller and myself dressed as Mrs Claus for the entire second half (long story for another time). We raised a four-figure sum for the charity and we’re aiming to drop that off at our Christmas visit! A small gesture but hopefully an impactful one for a charity that is close to many of the boys’ hearts.

I suppose the best way to bring this shorter festive blog to a close would be to remind everyone reading that it doesn’t matter who you are or what you do, an act of kindness around this time of year for those less fortunate, can end up being far more powerful than you think.

So get down to your local charity shop for a shift, help feed someone who is homeless, instead of going to the pub for the 20th time this month, throw that money in a charity donation bucket. Or if you’re feeling particularly adventurous, go full steam ahead and grab a few mates to make idiots of yourselves for a small donation. The latter is far more fun, trust me. On that note, I’ll leave you with one of our rugby based carolsl Walking in a Worcester Wonderland. I hope you all have an extremely Merry Christmas and a Happy New Year.

‘The tannoys in, are you listening?

Walking in a Worcester Wonderland

Gone away, are the old screens

Here to stay are the new screens

Walking in a Worcester Wonderland

On the 4G we can build a snowman

And pretend that he is Jonny Arr

Get 5 points I’ll see you at the bar

But your help, we require

To face unafraid, the plans that we made

Walking in a Worcester wonderland

On the 4G we can build a snowman

But Saturday we’ll have to knock it down

ITs a really stupid place to put a snowman

Should have built it somewhere in the town

Oh when it snows, the stands are filling

Though your nose, gets a chilling.

We’ll scrum and we’ll maul, we can do it all

Walking in a Worcester Wonderland’