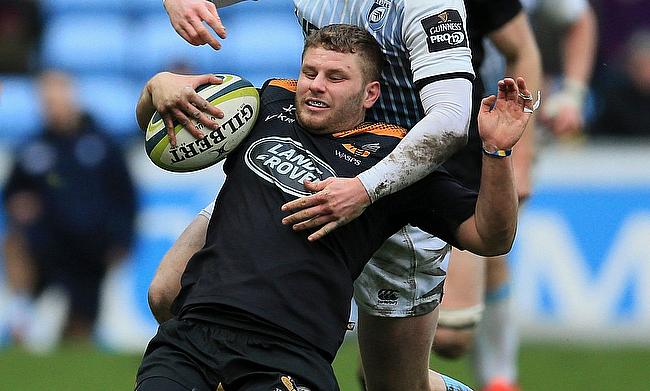 Match Centre: Wasps 26-20 Northampton Saints
Giselle Mather: “I am proud of our fighting mentality but there is a lot more to come from Wasps
Wasps confirm squad for 2021/22 season

Wasps have confirmed that Thomas Young will be leaving the club at the conclusion of the 2021/22 season.

Young joined Wasps after featuring for Cardiff Blues and Gloucester in 2014 with his father Dai Young being the director of rugby during that time and has racked up over 100 Premiership appearances for the club.

He will make a return to Cardiff Blues at the end of the current campaign where he will reunite with Dai.

“Whilst we are obviously disappointed to see Thomas leave, we fully understand his reasons for needing to play in Wales," he told the club's official website.

“Thomas has always added great value on and off the field and he is highly respected by everyone at the Club.

“I would like to say thank you to Thomas for all his effort during his time in Black and Gold. He has been a great servant to Wasps and a pleasure to coach, and everyone here would like to wish him, Emma, and Ava all the best for the future.

"We look forward to seeing him play many more times for Wales.”

Meanwhile, Young thanked Wasps for the support over the years and is looking to finish his career with the club on a high.

“It has been an honour to play for such a great Club.

“I would like to thank everyone at Wasps for helping me develop as a player, on and off the pitch over the past few years.

“Looking back over my seven years at the Club, I have so many great memories and I have made some lifelong friendships. I will give my all to finish my time here on a high.”

Wasps are positioned fifth in the Gallagher Premiership after managing two wins from three matches.