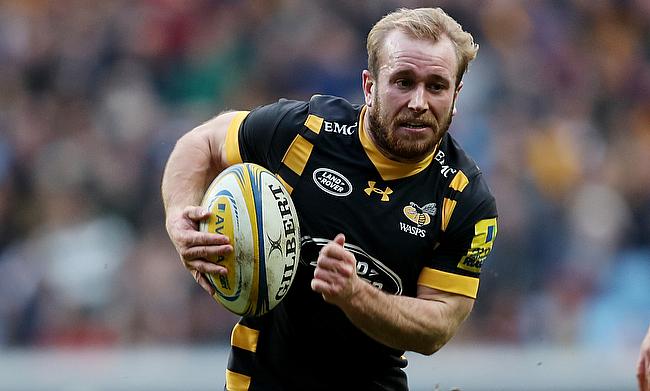 Dan Robson was one of the try-scorer for Wasps
©PA

Wasps managed to hold off Northampton Saints as they sealed a 26-20 win in the fourth round of the Gallagher Premiership at Coventry Building Society Arena on Sunday.

This is first defeat for the Saints in four games as they slipped down to the third place in the table while Wasps are at the fifth position in the table.

Northampton were the first to open their account as Juarno Augustus went past a couple of defenders to send Sam Matavesi over the line in the 12th minute and Dan Biggar kicked the conversion to make it 0-7.

The visitors suffered a setback as they lost Matt Proctor to hand injury in the 14th minute and Wasps seized on the momentum with Gabriel Oghre and Dan Robson setting up Zach Kibirige over in the 17th minute and Jacob Umaga's conversion meant the scores were levelled 7-7.

As Northampton won a penalty at breakdown, Biggar got it to perfection to take the Saints to a slender 7-10 lead but it was short lived as Umaga responded with a three-pointer of his own in the 32nd minute. At the stroke of half-time, Wasps had a chance to head into the break with a lead but Umaga's kick was off target leaving the teams unseparated at the end of the opening half.

Saints suffered another setback in the interval as George Furtbank also left the field with an injury and Wasps thought they went in front but Vaea Fifita's try was turned down after a forward pass in the build up as the scores continued to remain levelled at 10-10.

As referee Craig Maxwell-Keys penalised Saints for repeated infringements, Umaga kicked another penalty goal in the 53rd minute to put Wasps in the lead and it further extended in the 58th minute when Young offloaded to Robson as he dotted down and Umaga's conversion meant the scoreline became 20-10.

The Saints clawed their way back into the game with Lewis Ludlam dotting down at the back of a rolling maul but Biggar's conversion went wide. Nevertheless, Jimmy Gopperth coming off the bench kicked back to back penalties in the 68th minute and 71st minute extended their lead to 11 points which proved enough despite a late try from James Fish for the Saints.