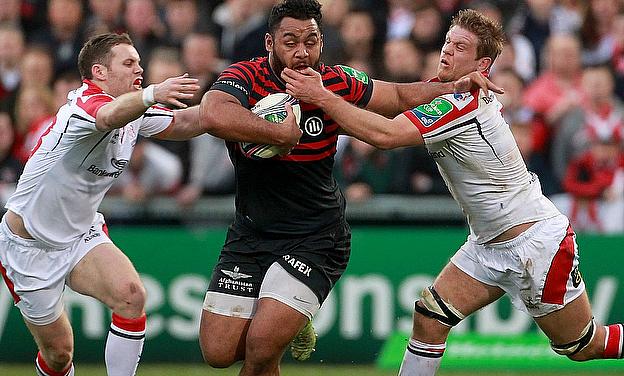 Mako and Billy Vunipola's ball-carrying rampages have transformed Saracens into a "more complete side" in the last two years, according to Clermont hooker Benjamin Kayser.

Clermont dispatched Saracens 22-3 in a Heineken Cup quarter-final in April 2012, but Kayser does not expect any repeat when the sides clash in the European Cup's last four at Twickenham on Saturday.

Number eight Billy Vunipola's summer switch from Wasps has reunited the former Bristol brothers, with prop Mako at Saracens since 2011.

Kayser cites the Tonga-descended duo as among Saracens' most potent threats, admitting Vern Cotter's Clermont must not allow either man room to rumble.

"There are a few key changes in their side since our last meeting; the influence of the Vunipola brothers is huge," said 29-year-old France hooker Kayser.

"Chris Ashton has joined the party, and I just think they have got a lot more threats in their ball-carrying.

"They still have the same style of rugby, they are very clinical, very well-organised, their strategies are well in place.

"And it's probably the most physical rugby there is to play, in terms of intensity and the number of phases that they are willing to go through to put the defence under pressure.

"So I think that's where they are really, they've got threats everywhere, either forwards or backs, I just think they are more of a complete side than two years ago."

Kayser admitted Clermont must keep their wits about them to subdue the abrasive lock, especially given his totemic status within the Saracens ranks.

"When you speak about a player before a game it's usually quite good for his reputation and shows his influence," said Kayser.

"Anyone who knows rugby knows that a key lock like that, captaining England, he's not just anybody.

"He's a very important leader for them, and it will be important for us to put all their leaders under pressure to make sure that we win the battle."

Clermont have extended their imperious home record to 76 matches without defeat with their quarter-final victory over Leicester Tigers and a league win over Castres.

The Massif Central men slipped up 22-6 in league action at Racing Metro last weekend, though, and Kayser admits it is the French Top 14's potency that has caused his side troubles on the road.

Expecting a different level of focus for their Twickenham test, Kayser said: "It's almost impossible to keep going and beating teams away from home in France.

"But this year with the level so high and all probably 10 teams being so tight and close it's unbelievably hard to go and reach some away wins.

"So it's been disappointing for us, but at the same time we've been securing some crucial away wins in the Heineken Cup, which we were not just handed.

"We were able to win at Harlequins and the Scarlets, and it's not something that happens, we are capable of doing it.

"We pride ourselves on our home record, but it's one thing we need to work on, winning away from home.

"It is a special mindset for the Heineken, even though the league is very important, with the set-up in Europe we've learned with difficulty in the last few years that if you don't win every single home game and a few away in the group stages it's just ruthless and unforgiving.

"It's basically eight finals to keep on going on and on, because one team who is going to step down and lose a game is probably giving up their chances.

"So it's such a hard competition that the mindset is probably slightly different, however we want to prepare in the week."