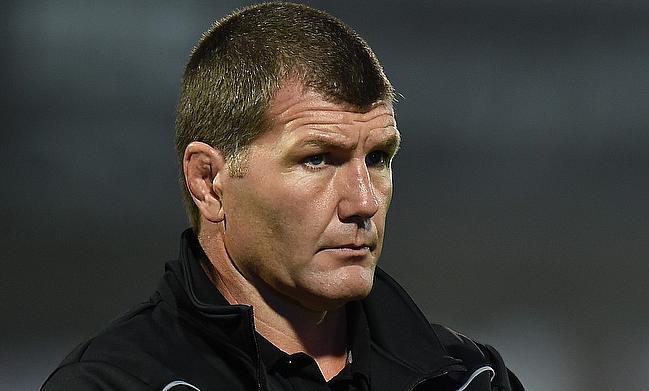 The Exeter Chiefs story nearly has it all, but there is still one final piece of the jigsaw which they are missing.

As European rugby returns this weekend, Rob Baxter’s side will be targeting their first Champions Cup semi-final in the club’s history when they face Northampton Saints on Sunday afternoon.

"This is a European Cup quarter-final and it is a competition we want to do well in,” Baxter told the press on Thursday. “We haven’t gone beyond this stage before. This is something we should certainly be targeting as a team.

“We have played through a group of very important games in the Premiership. The performances in the first six rounds has allowed us to prepare really well for this game against Northampton which at this stage of the season, now becomes the biggest game of the season.”

Exeter’s impressive run of form following the restart has given Baxter, and his charges, the opportunity to fully focus on their European ambitions. The Chiefs secured a home Premiership semi-final without lifting a finger last weekend and six wins from their seven domestic matches has left them as strong favourites to clinch a second top-flight title.

That would be a fifth successive Premiership final for the Devonshire club and whilst competing for honours on home soil has become mandatory for Exeter, seriously challenging for the Champions Cup has proven more difficult.

Only once have the Chiefs progressed beyond the pool stages in the competition – back in 2015/16 where they suffered a last gasp defeat to Wasps in the quarter-finals– but despite their struggles and heart-break on the continent, this feels like Exeter’s best chance to conquer Europe.

The bookmakers seem to agree, too. Baxter’s men are second favourites to clinch the top prize behind Leinster and the work which Exeter have put into this elongated campaign has led to a potential domestic and European double for the Chiefs.

“As important as all the other fixtures have been to get here, ultimately, we’ve now done those and this is the knockout stages and we should be aiming for the best performance of the season,” said Baxter. “What we’ve got to do is focus on our own quality and what we want to bring to the game.

“We kind of set this challenge out to the players right at the start of the restart. We said it is in your hands now. To be fair to the players, they have done that fantastically well.”

Baxter will be hoping Exeter can continue their fine form of just one defeat from their last eight fixtures and they will also be keen to pick up from where they left off in Europe after boasting an unbeaten record in the pool stages.

In contrast, the Champions Cup is the last chance saloon for their opponents at Sandy Park on Sunday. Northampton Saints were certainly attacking both the Premiership and Europe at the end of January, but Chris Boyd’s side have dropped off dramatically.

While Exeter’s only blotch on their recent copybook came last weekend when a broadly inexperienced Chiefs team were beaten by Saracens, the Saints have lost six of their seven matches since the resumption of the domestic campaign.

Added to Northampton’s recent woes have been an unwanted influx of injures. In the loosehead prop department, they only had 19-year-old Manny Iyogun fit to play against Exeter, but the club have been allowed to sign Alex Seville from Gloucester on an emergency loan.

The EPCR [European Professional Club Rugby] normally do not allow clubs to strengthen their squads during the competition, but in these circumstances, the rule has been overlooked and whilst Baxter was happy with Northampton bringing a player in, he has accused his opposite number of playing “mind games”.

Baxter hit back at comments made by Boyd that Leicester Tigers tighthead Dan Cole had gone easy on the aforementioned Iyogun last weekend, with the Saints Director of Rugby suggesting Exeter’s approach would have an impact on whether they would be forced to go to uncontested scrums or not if the young prop was to suffer an injury.

“It’s just a weird comment” Baxter said. “It’s a bit of a throwaway comment at this stage of the week.

“For what reason is it made? It is pretty obvious what reason it is made; it’s to create an influence on some kind of a situation. We just have to isolate ourselves from it and get on with it and do what we do. It is a Heineken Cup quarter-final, not a pre-season friendly.”

While the “mind games” may have begun ahead of this Champions Cup clash, Exeter’s motivation should also be fuelled by their recent 22-19 victory over the Saints. A much-changed Chiefs side extinguished Northampton’s top four hopes with Sean Lonsdale, Tom O’Flaherty and Jannes Kirsten all crossing for Exeter.

The latter has been named in Baxter’s squad for Sunday’s last eight tie and whilst Kirsten produced a powerful performance a fortnight ago at Franklin’s Gardens, he expects a reaction from the Saints this weekend.

“It was a nice game, but obviously we are moving into a different competition now,” Kirsten said. “It is a different mindset. We had a good performance against them, but both of our teams want to do well in the Heineken Cup so it is going to be completely different.

“Defensively, we have to be up for it. They have got big momentum carriers and that is our focus. We want to target those carriers to stop them getting gain-line.”

Kirsten will have the influential Saints players in his cross hairs on Sunday afternoon and whilst the towering South African forward is still experiencing his maiden campaign as a Chief, on the other side of the spectrum, centre Ian Whitten is marking his latest milestone.

The 33-year-old, who reached his 150th league appearance for Exeter back in February, is set for his 50th European cap this weekend.

Whitten has been an integral part of the Chiefs’ rise and having featured on their last visit to the quarter-finals in the Champions Cup, taking the next steps in Europe is high on his agenda.

“I think it is important for the boys,” Whitten said. “I joined the season we first played in Europe and in the past it was kind of like, we knew we’d worked hard to get it so let’s enjoy it.

“Gradually, it has changed to ‘we can do something in this competition.' We haven’t really got there yet but the ambition is still the same. We have done well in England so there is no reason why we can’t transfer that to Europe. We have done better this year and this is a very big game for us. We have a wonderful opportunity this season so let’s get excited about it."

The prospect of a domestic and European double burns brightly for Exeter and now Baxter’s side have put themselves in a position where they could potentially complete the final part of the Chiefs story.