The move back home which kick-started Charlie McKill's rugby career 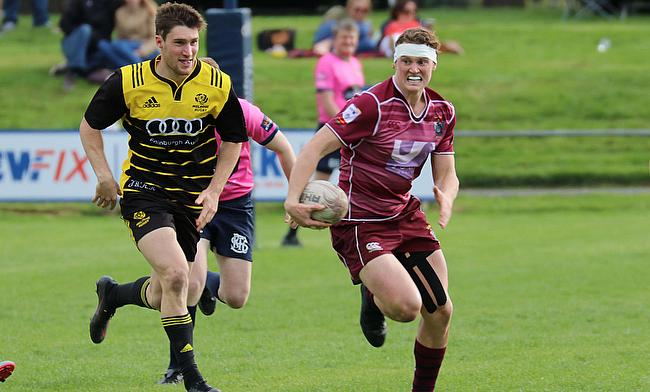 When Charlie McKill sits down in his parents’ home in Noosa on Queensland’s Sunshine Coast in Australia during this festive period, the up-and-coming rugby talent can reflect on a brilliant 2018.

He left the southern hemisphere back in February to head back to Scotland - where he had spent the first decade of his life - to explore the country and play a bit of rugby.

Ten months on and his rugby career has taken off, the 23-year-old having won the famous Melrose Sevens with Watsonians, secured a spot in the Watsonians first XV squad, earned a Scotland Sevens call-up and won the Barbados Sevens with the PROJECX Waterboys.

“2018 has been great for me. I’ve ticked a lot of boxes this year and achieved a few goals of mine,” back-row McKill told TRU before heading down under this week for a well-earned rest.

“Coming back to Scotland I wasn’t sure exactly how things would go, but I couldn’t really be happier with the decision. 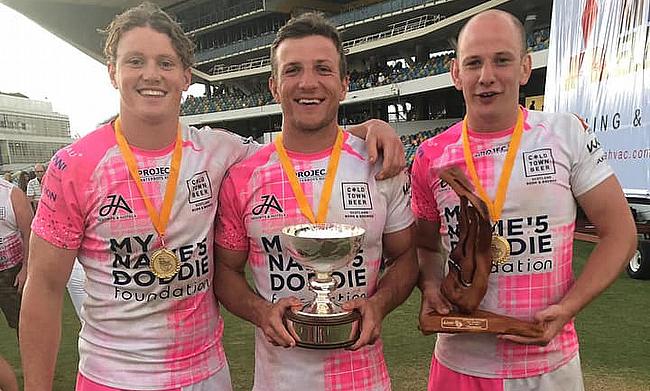 “I was born and raised in Edinburgh and attended George Watson’s College until I was 9. Then Mum and Dad decided to make the decision to move out to Australia.

“We moved to a coastal town called Noosa where being on the beach and in the surf every day became a way of life. That’s when I started swimming, surfing and doing surf lifesaving pretty much every morning and afternoon after school and then playing rugby on the weekends. I loved it!

“I then went to boarding school down in Brisbane at Nudgee College. That was something totally new for me, meeting so many boys from county Australia and forming good friendships with them. I would go out to their properties on the weekend and muster cattle and help out on the farms and that showed me a completely different side of life in Australia.

“My love of rugby has always been there and, for as long as I can remember, I have always been involved in the sport.

“When I was young in Scotland my Dad was part of Watsonians and my family had quite a connection with the place so I was always down watching matches at Myreside.”

So, with Scotland pulling at the heart strings - fuelled by a number of holidays over the years - it was perhaps no surprise that McKill wanted to try his luck in the northern hemisphere at some point.

He had already gained an urban and regional planning degree at the University of Sunshine Coast then worked in that sector for a year whilst playing club rugby and representing Queensland County so the time seemed right.

“I decided in February to head over to Scotland with a couple of mates and I could not really have imagined that the rugby part of the move would go so well,” he explained.

“To win it was a really special feeling and a moment I will never forget, there is such a history attached to that tournament.”

After Melrose, McKill was a key part of the Watsonians team that went on to defend their Kings of the Sevens title - played for over 10 tournaments in the Scottish Borders - and that exposure saw him asked to train with the Scotland Sevens squad.

He was not awarded a core sevens contract for 2018/19, but is in the wider training group and, given the attrition rate within the abbreviated version of the game, it would be no surprise to see the strong running, red haired forward appear on the World Series circuit in the coming months.

“Training with Scotland Sevens has been great,” he said.

“It is something I set my sights on moving over, so to train and play with a great group of guys and work with a really professional management and coaching team has been great for me personally and my rugby.

“To make my debut in a Scotland jersey in Spain recently [in a World Series warm-up event] is certainly something I and my family are pretty proud of and getting a few World Series tournaments under my belt is definitely the goal now.

“In terms of this season so far on the XVs front, unfortunately the start of the campaign was marred by injury and was a bit frustrating for me, but I got my opportunity with the Watsonians firsts off the bench against Edinburgh Accies [in the Tennent’s Premiership].

“Then my first start came the following week away at Ayr and we got the win and I think that’s really kick started our season.”

In late November and early December, McKill was one of a number of talented young Scottish players involved with select side the PROJECX Waterboys at the Dubai and Barbados Sevens.

He explained: “Those two weeks in Dubai and Barbados were great, touring is a big part of why I play rugby.

“It’s great to get away with a new group of guys and play together and have a great time on and off the field - and the Waterboys do a great job in providing boys that opportunity.

“To win Barbados really rounded off a great year for me, but I really want to kick on from here both with Watsonians and Scotland Sevens.

At the club, we have our sights set on a top four finish to reach the play-offs as well as a good Cup run and everyone is working really hard to achieve that.