The case of Earl Thomas and the precariousness of professional rugby 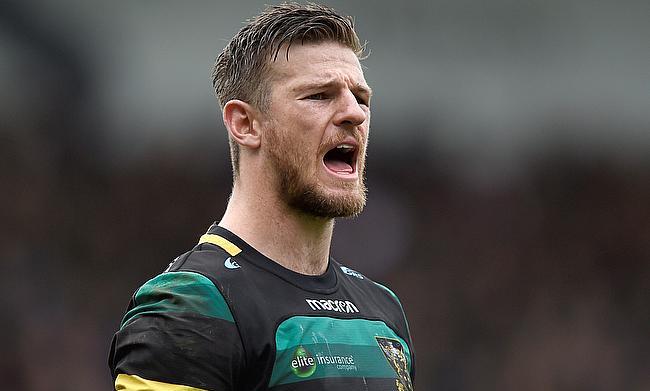 After NFL star Earl Thomas suffered a broken leg on the weekend, TRU's Ben Mercer reflects on the impact injuries can have on rugby players in this country who are contracted.

Earl Thomas is the last remaining member of the Seattle Seahawks famous ‘Legion of Boom’ secondary, the vaunted defensive unit who led Seattle to Superbowl success in the NFL.

Due to how NFL contracts work and the difficulties of fitting under the salary cap, the other members have been moved on while Thomas had his future employment status under scrutiny this offseason.

Thomas sat out of preseason training and returned to work in time to play the first game. He has appeared in every game and played to his usual high standard, but has largely refused to train, ensuring that he doesn’t pick up an injury in the week but is still able to contribute to the team on the weekend.

He wrote in an open letter:

‘If you’re risking your body to deliver all of this value to an organization, then you deserve some sort of assurance that the organization will take care of you if you get hurt [...] I want to be able to give my everything, on every play, without any doubt in my mind.’

The reason for this is that he is playing on an expiring contract. Therefore, a serious injury could weaken his bargaining position and cost him millions of dollars in potential salary. After eight seasons with Seattle, he felt like he deserved a show of loyalty from the team by giving him a new deal, or the opportunity to get traded somewhere that would give him one.

Unfortunately, Thomas broke his leg on the weekend, likely ruling him out for the rest of the season.

A case of bad timing: The #Seahawks had lowered their asking price for star S Earl Thomas, the #Chiefs were focused on clearing cap space for a possible trade... then Thomas fractured his leg. pic.twitter.com/jAopabdRfp

‘Your entire life can change on one play. And when it does, no matter what you’ve accomplished in the past … you can still get cut without even so much as a negotiation [...] I know it could happen to me too.’

What’s happened to Thomas is a shame. At least, however, he has already earned $55 million dollars in salary over the course of his career. Perhaps he’s missing out on the chance to earn that again but he should already be set up for life financially.

Rugby players do not enjoy these same luxuries. The salaries are far lower, the careers almost as short and the risks are just as high.

Last season, the sports agency, Esportif, estimated the average salary in the Aviva Premiership was about £200,000 a man. Good money, but not life changing like an NFL contract. Most rugby players will need to work for financial reasons after their sporting career is over, probably having to absorb a large initial salary hit in the process.

The average salary in the RFU Championship must be much lower with some reported salaries of as low as £6000 per year and as high as whatever Ealing might be paying. £6000 a year is real; I had a teammate at Cornish Pirates who had signed on this money. He was one of our best players and was living on someone’s farm. Bear in mind that this is a full-time job and a professional sporting environment.

The relegated team from the Premiership will still pay some top-flight salaries which will distort a league average and they also receive the RFU ‘parachute’ payment to help offset the revenue hit that comes with demotion to the second tier.

When I had a Championship contract, they were only ever one season deals - running for 11 months to avoid compliance with EU employment law. I would back and forth a contract with my agent to spot oddly worded termination clauses and disciplinary measures which would technically allow a club to end your deal with little notice at their own discretion.

Current Richmond player Eddie Milne was recently interviewed in the Telegraph, saying that:

‘If you came to a job interview and I told you that you could possibly get fired at any time if you don’t turn up, I am going to pay you £12k, you have to pay for your own insurance, food, accommodation and travel, and you will get injured doing it then you would look at me like I am mad.’

I was relatively fortunate in that my first season in the Championship I had my rent paid by the club and received performance related bonuses that meant I lived quite comfortably. I also had private healthcare cover through my family but was fortunate to avoid any injury that would require an operation. My dad straightened my broken nose after a game using a spoon handle but he’s a doctor and it seems to have figured out ok!

Milne also stated that ‘Outside the top bracket there’s nothing, literally nothing. There’s no RPA, there’s no cardiac screening, there’s no health insurance.’

The RPA representative quoted in the Telegraph explained their non-intervention by saying:

‘I am telling you that you would be opening Pandora’s box. You will have issues every single day from every single club. Honestly it is the wild west. You don’t know the scope of how bad it is with the contracts that they are on, the issues with insurance and injuries.’

If you’re a Championship player, you’re probably on a short-term contract meaning that if you sustain a serious injury, then you’re out on your ear with very few prospects. I had one friend lose his contract just as the season started after rupturing his patellar tendon. He never got another Championship contract.

Contracts usually state that the club can halve your salary if you’ve been unavailable to play for a certain period of time, meaning that even if they want to keep you, they can do so at a reduced rate.

Prior to my time at Plymouth Albion, the squad there were told that their salaries were all being cut due to financial issues and that they could accept it or leave. Bristol had a similar experience when they lost the promotion decider against Exeter, losing their access to RFU funding and looking at a big hole in their balance sheet. Many of them sat out of preseason in protest.

?? "It's been a life-changing injury. I've been through a fair journey in a short space of time."

A reminder of why The Derby is being played in aid of Rob Horne this Saturday.

Book tickets and make a donation to support Rob at checkout ????https://t.co/XbA8weVNbA pic.twitter.com/qSaKnPtStG

A Premiership rugby player is looking at 22 league games, potential playoffs, European competition involvement, pre-season friendlies and A-League fixtures. A Championship player would have a similar workload in terms of number of matches. Squads also tend to be smaller in the second tier so you are less likely to be rotated as a means of giving you some rest. By contrast, NFL teams play 16 regular season games, three friendlies and then a maximum of four playoff games.

Welfare concerns for these high pressure contact sports are increasing and there is much more awareness of how debilitating pursuing a career in them can be. Rob Horne’s testimonial match this weekend will put the risks of professional rugby right into the spotlight and hopefully help him to be able to pursue what he wants to pursue now that his career has been taken away from him.