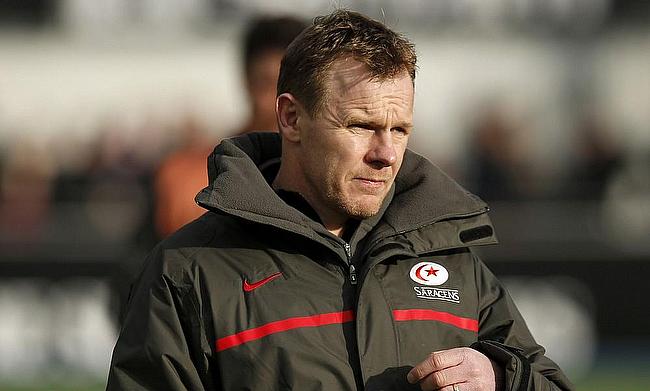 In to Round 6 we go and with us now just two months away from the first leg of the play-off final, the margin for error narrows with each passing week.

There is a clear split beginning to appear in the table after five of the current top six won last weekend, whilst all of the bottom quintet lost their most recent fixtures.

For a third week running, two of the top three will face off in a round that will have monumental repercussions in the race for the end of season dance.

This is what’s coming up:

The first clash of the weekend sees two sides who will be agonising over their Round 5 results.

Nottingham came oh so close to their first win of the season before succumbing to Hartpury, whilst Pirates suffered another huge dent to their play-off ambitions with a second successive defeat against a promotion rival.

Although the hosts have lost all four of their games so far this season, they have improved each week and continuously closed the gap to that elusive maiden victory, picking up bonus points in their last two matches for their troubles.

All the scores from Saturdays defeat to Ealing. Click the link below ??????https://t.co/hvf3X1PZZQ pic.twitter.com/dPuOzp6DDg

The visitors are facing difficulties of their own at the other end of the table and can ill-afford any further slip-ups if they’re to seriously challenge the summit, having conceded ground in recent weeks. It would appear extremely unlikely that any team could lose more than two games and still make the play-offs.

Each of the last six league meetings between these sides have been decided by single-figure margins and shared three apiece, with the Pirates winning both of last season’s match ups.

Not quite the last chance saloon, but closing time is fast approaching.

Another throwdown between two sides at contrasting ends of the table as the table-topping Trailfinders play host to perennial travellers Jersey, who make their final trip before a long overdue home fixture next week.

The ‘Ealing Express’ is full steam ahead after a fifth consecutive bonus-point victory, though they will take nothing for granted after their sternest test of the season so far against Cornish Pirates.

Jersey have had a tough run of it on their constant trips inland. Since finding their feet and securing their first win of the season, they’ve been pitted against the unbeaten top two in back-to-back matches so they will be mightily pleased at the site of the Stade Santander International (St. Peter) after navigating what will be a third and final trip to the capital.

Ealing have had Jersey’s number for several years now, winning nine consecutive Championship matches against the Islanders for a monopoly on this particular match up.

You have to cast yourself back to December 2015 for the last time the Reds overcame them in the league and each side retains just one player from that day, with Jersey’s Brendan Cope and Ealing’s Alun Walker the sole survivors for their respective teams.

Both Bedford and Richmond have struggled to really get going so far this season, showing flashes of their capabilities but ultimately coming out with just one win apiece up to now.

Each side’s most recent game was a conclusive loss to Saracens so this should be a perfect opportunity to bounce back and move away from the foot of the table.

Bedford are due their bye week after this one so they will want to head into their break with some momentum whilst Richmond haven’t played since March 28th.

As two of the lowest scoring sides in the division - with Bedford on eight tries from five matches and Richmond on five from four - both will see this as a chance to kickstart their season and sharpen their attacks.

Despite the all-time head-to-head unable to split the sides with each on 35 victories, Bedford have had the better of it in recent years winning five of the last six whilst Richmond haven’t tasted success at Goldington Road since 1999.

Don’t expect an exact repeat of that scoreline when Richmond came away with a 106-12 victory in a game that still holds numerous all-time Premiership records to this day.

Two familiar foes who rose through the league system together clash this weekend at Dillingham Park.

Ampthill have followed Hartpury through the National Leagues in recent years, and both have faced similar starts to this current season.

Pury snapped a three-game losing streak thanks to a late winner last time out against Nottingham and they still hold their place at either end of the entertainment charts with only Ealing (41) and Saracens (23) beating their total of 16 tries scored, but no side has conceded more than their 22.

Ampthill, meanwhile, came away empty-handed despite fighting back from a slow start against Coventry, but having to dig themselves out of holes is becoming a concerning habit for the A’s. They have conceded first in all four games this season, including tries in the opening minutes of three of those.

The hosts sit in sixth, just one place above the visitors having played a game more. It was only back in 2013/14 that they were battling it out in National Two South and now they contest a tier two fixture for the third time.

Hartpury had the better of the race to the Championship, twice beating Ampthill to National League titles, though the A’s gained a modicum of revenge with a double last season.

Rounding us off is an absolute humdinger, as second-placed Doncaster welcome Saracens who are hot on their heels in third.

The Knights have reached the halfway point of their season with a perfect record, winning all five of their opening matches to put themselves firmly in the play-off picture.

It’s been a battling start for the Yorkshire side, who have only outscored their opponents 13 tries to 12 so far and they have a total points difference of just 28.

?? Tompkins gets first start since returning
© Farrell back as Captain
?? Swinson, Rhodes & Reffell are back in the pack

Sarries have had the bit between their teeth since that opening day loss in Penzance, responding with three commanding bonus-point victories and with their full arsenal now available to them.

The next fortnight will be especially pivotal in the top two battle, as this titanic tussle is followed next week by Saracens hosting Ealing.

This will provide an acid test to both side’s credentials and can legitimately be billed as one of the biggest games in Doncaster’s history. You could say the same about Saracens considering the prize at stake this season and another campaign in the Championship could potentially be crippling to their squad.

It’s a crying shame that fans can’t be in attendance for this one, but the fixture itself provides all the motivation, excitement and atmosphere required. You do not want to miss this one.

Coventry take their bye week having come into a bit of recent form. They have won their last two matches with bonus points to move up to fifth and they are only behind Pirates and Saracens on points difference.

They will harbour plans to crack the top four, having only lost to the divisions two leading sides in Doncaster and Ealing thus far, and they return to action next week with a trip to Hartpury.