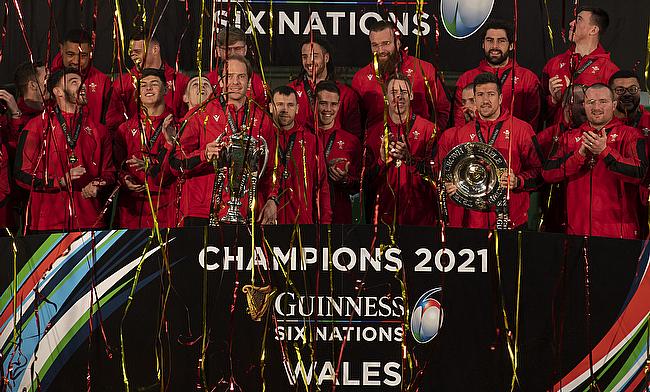 Wales and Ireland have dominated the nominees for the Six Nations Player of the Championship for the recently concluded 2021 edition.

The tournament saw Wales win their second title in three years but narrowly missed the Grand Slam as they lost the encounter against France with a 32-30 margin.

The nominees were selected by 12 journalists and broadcasters - two from each nations with the winner set to be announced on 2nd April after a public vote.

Antoine Dupont of France will be hoping to join Stuart Hogg and Brian O'Driscoll to become the third player to win the award for second consecutive year after previously was named the Player of the Championship in the 2020 edition. He tops the list of most try assists and offloads. He is fifth in most tries scored in the competition with three touchdowns while making 261 passes - third most.

Wales' Louis Rees-Zammit also impressed with four tries scored in the competition while his team-mate Taulupe Faletau was third in most carries made apart from successful tackles. He was also the Player of the Match following Round 3 victory against England.

The final two nominees from Ireland saw Tadhg Beirne, who made maximum turnovers in the competition with 10 and also made 13 line outs - third in the list. Beirne scored tries away to Wales and Scotland, while he also picked up Guinness Six Nations Player of the Match awards in Rome and Edinburgh.

Robbie Henshaw had an outstanding performance in the Round 5 game against England that earned him the Player of the Match award and is fourth in most carries made with 65.

Here are this year’s nominees for the eagerly awaited #GuinnessSixNations Player Of The Championship! ??