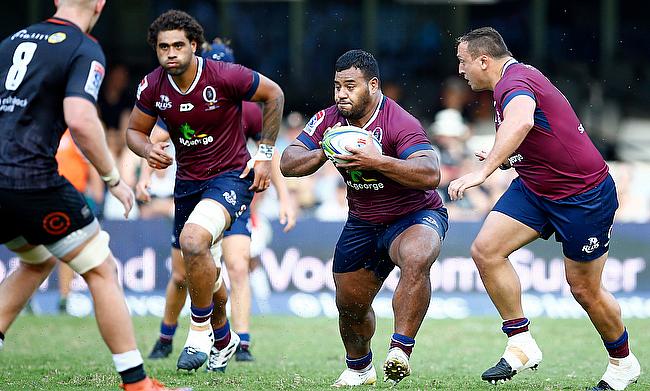 Prop Taniela Tupou has committed his immediate future to Rugby Australia and Queensland Reds after signing a four-year deal.

The 23-year-old made his debut for the Wallabies in 2017 and has gone on to play in 14 Tests including Australia's recent win over New Zealand in the Bledisloe Cup opener in Perth.

Tupou played his first game for Brothers Old Boys in 2015 and in the same year, he went on to represent Queensland Country with his Super Rugby debut coming a year later.

“I’m very excited to sign for the next few years. Queensland and Australia offered me the first opportunity out of school and I feel I have more to do to repay that faith,” he told Rugby Australia’s official website.

“I only started playing consistently in the last two or three years, so I think there’s still more for me to offer in Australia for the Reds and Wallabies.

“We have a really good young group in Queensland who have been working hard the last few years and I know we’re heading in the right direction.”

Tupou had a tough start to the season with personal issues that forced him to stop thinking about a potential World Cup spot but he is relieved now after bringing his career back on track.

“Start of this year I went through a lot, some personal stuff, and it was really tough for me,” he explained.

“There was one point there when I didn’t think about the World Cup, I just forgot about everything.

“But finally I started to speak up about it and talk to people and finally spoke to the coaches and they realised what I went through. We did some work on it, I had to miss some games, off the bench and stuff, just to help me get my head in the right space.

“Now I’m enjoying my footy. To be honest I didn’t even think I’d be in a team because in my head I wasn’t happy, I wasn’t enjoying it, but I did the right thing in speaking up.

“Now I’m happy being around the boys and they know what I went through and they’ve been so helpful. I’m so glad I spoke up.”