Australia include David Pocock in squad for Bledisloe Cup opener 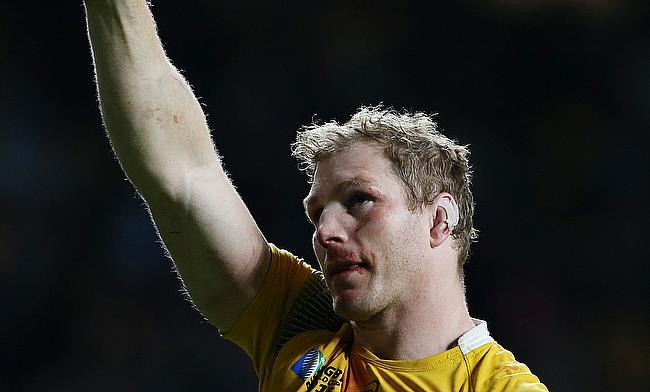 Australia head coach Michael Cheika has included David Pocock in the squad for the Bledisloe Cup opener against New Zealand in Perth.

Pocock last played for the Wallabies during the November series last year and was forced to miss the opening two games of the tournament against South Africa and Argentina with a calf injury.

The 31-year-old earlier announced his decision to retire from Super Rugby to focus on getting fit for the World Cup and returned to full training earlier this week.

Meanwhile, Jordan Petaia has recovered from a lisfranc injury to make it to the squad and Cheika is happy with the progress made by 19-year-old in the club rugby.

“Squad decisions are getting harder and harder to make. So many lads are putting their hands up at training and at club rugby around the country, and each one of them is pushing the other to get better each day,” he said.

“It’s great to see Jordan (Petaia) back. He’s had a few games of club rugby under his belt now so we’ll look to integrate him this week in Perth and give him time to settle in.

“We were pleased to get the win against Argentina and we felt we built on some things from the previous game against South Africa and now we’ll be looking to build on that.

“There’s strong belief in the group and it’s showing itself in how hard they’re training and how committed they are to doing whatever they need to do to achieve our goals.”