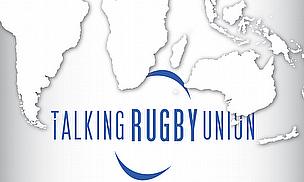 Alternative Rugby New Year's Honours List
Talking Rugby Union XV of the year Series - Who's in YOUR Team of 2013?
Kieran Read Named World Player of the Year
Gatland Named 2013 UK Coach of the Year
Who's Your World XV of the Year?

The Super Rugby Tips 2013 Rugby Awards are here. Who were the best players, coaches and teams of 2013?

For me, and most of the rugby world alike, the team of the year are the ‘unbeatables’, the All Blacks, who won all 14 test matches in 2013 – the first team to complete an undefeated season in the open era.

Influential number 8 and future captain Kieran Read stepped up to be the plate as the best player of 2013; although, Ben Smith also performed admirably.

In the Northern hemisphere Leigh Halfpenny and George North also staked a claim for the crown with brilliant performances for both Wales and the British and Irish Lions.

The 2013 newcomer of the year award goes to Wallabies outside back Israel Folau.  An exciting new talent who was great in his first season of rugby union.

While the Best Series of 2013 has to go to the British and Irish Lions tour of Australia. An enthralling three-match series of rugby, that was constantly exciting for both supporters and the rugby world alike.

The All Blacks newcomer of the year award goes to Charles Piutau who impressed in his first season for New Zealand.

Now on to domestic rugby and the Super Rugby winners – the Chiefs – deserve plenty of plaudits for winning their second consecutive title in 2013.

Chiefs coach Dave Rennie, under the watchful eye of former All Blacks coach Wayne Smith, took a team of solid performers, with the exception of a handful of All Blacks like Aaron Cruden, Liam Messam and Brodie Retallick and formed a Super Rugby winning team.

I think that Rennie's effort surpasses the achievements of All Blacks coach Steve Hansen who took the All Blacks to 14 straight wins, but in many regards Hansen had an easier task given the calibre of player at his disposal.

Hence, that is why my coach of the year is Dave Rennie.

The important thing to remember is that both of these title winning teams developed amazing team cultures which make them difficult to beat with everyone having a specific role in the team.

Both sides have developed an ability to never say die and win games that they shouldn't have. That is the sign of a winning team!

While the Makos unearthed some major talent like Marty Banks, Canterbury did remarkably well given their number of All Blacks who didn't play in their team this season.

The disappointment of the year? It must be the Highlanders. Dave Rennie and the Chiefs showed that you can't buy a Super Rugby winning team in one season. Unfortunately Jamie Joseph’s team learned this the hard way with their disappointing season despite recruiting plenty of big named All Blacks.

How painful it was as a Highlanders fan watching guys who struggled in Super Rugby, suddenly flourishing in the All Blacks.

Finally, the Southland Stags ended up springing into life towards the end of the ITM Cup.  They did get a favourable draw in 2013, but I got the feeling that if they started their campaign the way they finished it, then they would have had a better shot at the title.  I thoroughly enjoyed the ITM Cup Championship 2013 because there were some strong performances from Tasman, Hawkes Bay and Otago, while only Counties threatened to de-rail the big boys from the ITM Cup Premiership which was otherwise predictable.