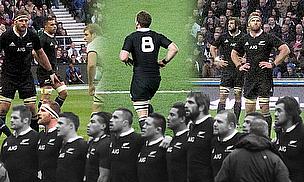 Gatland Named 2013 UK Coach of the Year
Jonah Lomu - 'It All Came Down To Willpower & Mental Strength'
Who's Your World XV of the Year?
Our All Blacks Expert Picks A Team To Beat Them

Read is the third All Black to win the prestigious award, following in the footsteps of Dan carter – who won the award in 2005 – and Richie McCaw, who was the IRB’s front-runner amazingly in 2006, 2009 and 2010.

Read was a monumental figure in the All Blacks’ 2013 international campaign, as his side became the first team in the professional era to go undefeated for a full season.

The 28 year-old back-rower has won 61 caps for his country, since his international debut against Scotland back in 2008. Read beat fellow All Black Ben Smith, Wales’ Leigh Halfpenny, South African lock Eben Etzebeth and Italy’s Sergio Parisse for the coveted title.

Read’s influence in the side has been huge, as demonstrated by his workload in the scrum, line-out, his tackling, his ability to compete in the air and at the breakdown, not to mention the tendency to be in the right place at the right time when it comes to creating or scoring tries.

"I think pretty massive honour to get an award like this, all the players who have won it are greats of the game. So certainly it's pretty humbling."

But the Crusader, who took charge of the All Blacks when Richie McCaw was absent, was keen to play down his personal contribution to what he refers to as a "special season" for his team.

"It's fun playing rugby for the All Blacks ... that's what we've always done this for," Read told Radio Live Sport.

"It's a proud moment to get the recognition [of the award]. It was a great year for the All Blacks and it makes me feel really proud.

"Awards are just part and parcel of what you do on the pitch.

"Getting the opportunity to captain the ABs was awesome. I think that gives you confidence when you are out there on the field to lead and really play as best you can."

The number eight also paid tribute to boss Steve Hansen, who bagged the coach of the year award after guiding the Kiwis to their winning streak, and acknowledged the All Blacks must continue to improve upon their achievement.

"He knows the right things to click guys in and make sure they are on the right path.

"You look at it, we have to improve. Over the times I've been here, if you stood still, teams will catch up.

"There are always improvements in this game to be made. It's hard ... the coaches will have a lot of time on their hands to try and create something new, but the basis of what we have done this year will hold us in pretty good stead."

Hanson said to the BBC: "I'd like to congratulate Kieran on his award as it is well deserved.

"He has been outstanding and has been a major contributor all season. It's been a big year and I'm incredibly proud of what the boys have achieved.

"It's certainly special to have the All Blacks named for all three awards so it's important that we thank and acknowledge all those behind the team."

Previous winners of the IRB Player of the Year Award:

Previous Winners of IRB Team of the Year Award: