Super Series is the next stage for Red Roses - Middleton 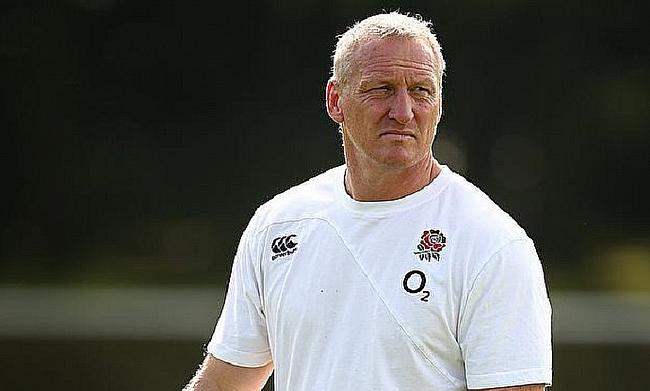 Simon Middleton admits the Women’s Rugby Super Series is the ‘next level up’ for England as the Red Roses aim to continue their momentum.

After romping to a Grand Slam in the Six Nations earlier this year, England began their summer with a superb victory over the Barbarians at the start of June.

The Red Roses are now preparing for their latest challenge in San Diego where Middleton’s side will face USA, Canada, France and world champions New Zealand.

England did win the previous edition of the Super Series back in 2017 and they have also only lost one of their last 16 Tests.

Over the next two weeks, the Red Roses will come up against the best teams in the world and Middleton is relishing the opportunity in California.

Your #RedRoses squad to face @USARugby, LIVE on @SkySports at 21:00 BST this Friday ??

“This is the next level for us and the next stage,” Middleton told TRU. “We were probably a bit further ahead in terms of development than I thought we would be at the Six Nations.

“For us, it is about being better game on game and particularly towards the backend of this tournament, we want to be able to back up high quality performances against high quality teams.

“It is very unlikely that we would play four games of this calibre in a World Cup so it is unique so it will be a good test for us a side. It is significant for the development of this side moving forward because it is another marker on the way to New Zealand in 2021.”

Since the introduction of full-time contracts into the women’s game, this new era for England couldn’t have gone much better thus far.

Convincing performances in the Six Nations was the perfect beginning for the Red Roses and whilst their development on the field has been impressive, Middleton declared he has also been pleased with the way his side have gelled away from the pitch.

He added: “I think we have made huge strides in terms of bringing the squad on. We sort of regenerated the squad after the 2018 Six Nations.

“That was an amazing squad who did so much for the England Women’s programme, but all good things come to an end unfortunately. The scale of it was pretty significant so to see the on-field and particularly the off-field development, is great.

“That’s down to the players embracing what we want to do and shaping what they want the environment to look like. Their thoughts are well aligned to what we want.

“It is a very all-encompassing environment now. They have become great friends off the field and ferociously competitive on the field which from a coaching point of view, is what you want.”

England’s Super Series campaign gets underway tonight when they face the USA and whilst the hosts will be keen to avenge their 57-5 defeat - which they suffered against the Red Roses last autumn - Middleton’s young team will be eager to showcase their talent once again.

Abbie Scott will captain the side in the absence of Sarah Hunter and uncapped Clara Nielson and Chloe Edwards are set to make their debuts from the bench.

Nielson is one of several England players in Middleton’s current squad who have benefitted from playing university rugby and the head coach believes this particular pathway has become significant.

“It [the university rugby pathway] is massive,” he added. “The amount of talent which the universities and colleges have is there to be seen.

“What we need to do is make sure we embrace that, support it and make sure it does become a significant part of our pathway in terms of talent identification.

“We want to make sure that players who do choose that route are on our radar, so it is great have both Clara [University of Exeter] and Heather Kerr [Durham University] with us.

“They are glowing examples of players who are outside our EPS squad who have progressed fantastically well both for their clubs, but also playing for their universities as well. That is a reflection on the strength of those programmes..”

The aforementioned Kerr will start at hooker for England at the Chula Vista Elite Training Center tonight as the Red Roses aim to begin the Super Series with a victory.

With an opportunity to send out a statement against the other top teams in the world, Middleton knows his side must consistently perform at a high level if they are to have a successful tournament.

?? England take on the world's best in the Super Series and you can watch them on Sky Sports.

“We sat down as a squad before we came out here and I spoke about where I see the squad moving too,” Middleton said.

“We are going through a discovery and development phase with a focus always been on our performance, but now we are at a stage of development and execution.

“You are always going to be learning and trying to progress things, but this is tournament where if you don’t execute, you won’t get the performances you want. There is a big emphasis on quality of execution.

“To win a World Cup or to win a major tournament which we certainly see this as, you need to back up big performances. I would say someone is going to win four out of four matches because I think that is what it is going to need to win this.

“You’ll only do that against teams that are out here if you perform well. That is the level you need to be at.”