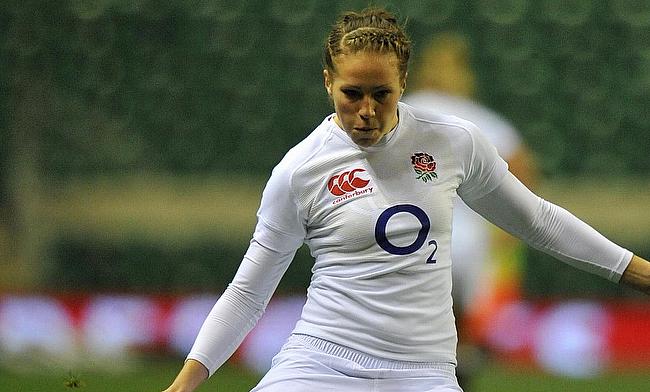 Emily Scarratt was one of England's try scorer
©PA

England Women ran a 12-try riot as they trounced their Scotland counterparts 80-0 to win the Six Nations Grand Slam for the ninth time.

England now end the Six Nations campaign with 28 points that include five bonus-point wins apart from the three more additional points for winning the Grand Slam, clearly dominating the tournament while Scotland had a tough time finishing bottom with a solitary point.

The final of the seven tries came after Scotland captain Lisa Thomson was sin-binned as Scotland had a dreadful first half.

Any respite for Scotland in the second half was put off by further tries from Sarah Bern (50'), Sarah Hunter (53'), Emily Scarratt (65'), Cleall (71') and Cath O'Donnell (80') while Daley-McLean also added four extras as Simon Middleton's side sealed an 80-0 victory.

"They were sensational. It was soul-destroying losing to France last year and we wanted to put that right but we wanted to do that in the right way."