Super Rugby's Rookies on the Rise 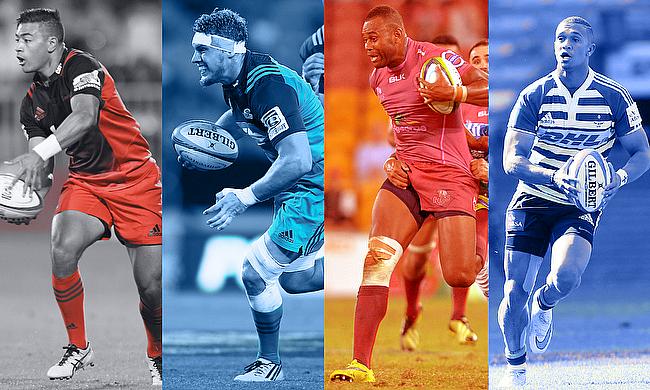 The 2016 Super Rugby season may still be in its infancy, but already a number of players have started to make a big impression in the tournament.

With a number of seasoned players opting to head to Europe or Japan this season, there has been more pressure than ever on younger players stepping up and contributing immediately to their respective franchises.

After five rounds of competition, we take a look at some of the most impressive Super Rugby rookies so far this year.

The Crusaders’ Richie Mo’unga is leading the way among the competition’s debutants, having taken on the unenviable role of being Dan Carter’s replacement in Christchurch and shone in his opportunities so far. He has orchestrated the line with ambition, but also a composure which has belied his inexperience.

His kicking has been accurate, whilst he has also contributed with three tries, more than showing his ability as a dangerous runner with ball in hand. The expectations are always high in Canterbury and so far Mo’unga has shouldered those burdens with ease. The future looks bright for the Crusaders and the young fly-half is one of the main reasons for that.

Hopping up to the north island, Blake Gibson of the Blues has been shining in Tana Umaga’s new-look side. Admittedly, Gibson’s debut did come last season, but the 20-year-old has established himself as a starter this season and has been at the forefront of everything good the Blues have done so far this campaign.

His work rate and impact in the Blues’ seven shirt has caught the eye over the opening rounds of the tournament and his 59 tackles over the first four rounds (before the Blues’ bye) led all New Zealand players and was second only to Matt Hodgson of the Western Force.

Heading across the ditch to Australia, David Horwitz of the Waratahs is another rookie making a big impression. Handed his debut in Round 1 of this year’s competition, Horwitz has looked to the manor born in the Tahs’ back line, not seeming out of place at all among the Kurtley Beales and Israel Folaus of the world.

With Bernard Foley returning to action this past weekend and pushing Beale back to inside centre, opportunities will be harder for Horwitz to come by moving forward this season, but he has shown the control and skills required to be a Super Rugby-calibre fly-half or inside centre.

One Australian-based player whose opportunities are only likely to increase is the Reds’ Eto Nabuli. At 27 years of age, he is a little older than most Super Rugby rookies, but he came late to the game and has only recently transitioned over from League. Very much built in the same mould as Taqele Naiyaravoro, Nabuli is a powerhouse winger, capable of bulldozing the opposition.

His metres with ball in hand total is amongst the best in the competition and a number which will only increase when he stops kicking ahead of contact. Perhaps a hangover from his League career, where taking contact is more purposefully avoided, Nabuli puts boot to ball a little too often, but when he realises his potential to take and break tackles, he could be the superstar the Reds desperately need.

Taking the rather longer trip to South Africa, two back three players have been putting down markers of their own. The Bulls’ Warrick Gelant has been one of the form full-backs in the competition so far, whilst the Stormers’ Leolin Zas has demonstrated his try-scoring threat on the wing. Both players add some needed incision to the back lines of their respective franchises and are surely on the Springboks’ radar, especially with Bryan Habana and JP Pietersen both committed to clubs in Europe.

Two other South African rookies impressing are Jean-Luc and Dan du Preez, two twins intent on making the Sharks back row their own. Both bring frightening physical attributes to the fray, whilst Jean-Luc in particular looks to already have a very well-rounded and developed skill set. They have been key to a relatively promising start to the season by the Sharks, who are looking to rebound from a thoroughly disappointing campaign in 2015.

As for the Jaguares and Sunwolves, the majority of their teams are Super Rugby rookies, but amongst the standouts have certainly been Santiago Cordero, Guido Petti and Harumichi Tatekawa.

There will be plenty more opportunities for other rookies over the course of the season but as of right now, the younger players in the competition are certainly doing a fine job of filling the void left by the exodus of veterans following the Rugby World Cup.