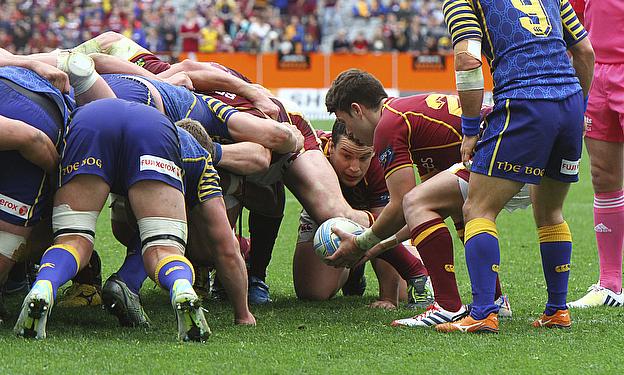 Super Rugby Round 16 saw only two matches go according to plan as upset results spoiled the round for most Super Rugby tipsters.

The Crusaders and Brumbies both secured impressive predictable wins over the Force and Rebels to keep both teams in contention, but not all teams were that lucky.  The Reds, Waratahs, Blues, Lions and Stormers all picked up wins.  While the Waratahs victory was hardly a huge surprise, the Reds, Blues, Lions and Stormers victories were upsets according to SuperBru statistics.  As little as ten percent of tipsters picked the Lions or Stormers to win their matches.

The weekend’s results have had less impact than expected on the Super Rugby ladder with teams like the Reds, Blues, Lions and Stormers already out of contention.  It looked like a loss for teams in contention like the Force, Highlanders, Hurricanes, Chiefs and Bulls would have extinguished their chances of making the Top Six, but because they all lost, then all is not lost!

Super Rugby takes a break over the June International test window, so it will be interesting to see how that affects Super Rugby Round 17 and beyond.  Teams without many international players might be advantaged which could mean an increase in upsets.

An increase in upsets isn’t a bad thing for people who need to make ground on the leaders in their tipping competition.  This week there were four upsets, did you pick them?

What did we learn from Super Rugby Round 16?

1)    The Crusaders are the best team in the New Zealand conference.  Who would have thought that we were writing them off after the early rounds?  It goes to show that you want to be peaking at the business end of the competition.

2)   Is it all over for the Chiefs?  They are the defending champions, but they are in a dogfight with the Bulls, Force, Highlanders and Hurricanes for the last two spots in the Top Six.

3)   Travel affects teams differently.  Some teams run out of steam in their first game back like the Sharks did.  Other teams like the Brumbies and Lions relish being back at home!  Interestingly I took this into account with my tips, thinking the Bulls would therefore win easily over the Lions, while the Sharks and Brumbies would both win, but by smaller margins.

4)   While the Bulls defeat has handed the Sharks the South African conference win, it could be interesting having the Bulls in the playoffs, especially as they have one of the best chances of eliminating the Sharks in Durban.

5)   It would be nice to have two teams in the finals from each country, although unfortunately it looks like the darlings of Super Rugby 2014, the Highlanders could miss out on the Top Six, although the other success story, the Force, appear to have more of a chance.  Both of these teams punched above their weight in Super Rugby 2014.  The Force are outside the Top Six, but have two winnable home games left, while the Highlanders are inside the Top Six, but have to play the Chiefs in Dunedin, followed by conference leaders the Waratahs and Crusaders away and so it is a huge task for the southern men.

6)   The Sharks have won the South African conference, but it seems that the South African teams love nothing more than beating each other.  This could play into the hands of the Waratahs and Crusaders who are both only one win behind the Sharks and the Durban based side has only two games left, both away from home.