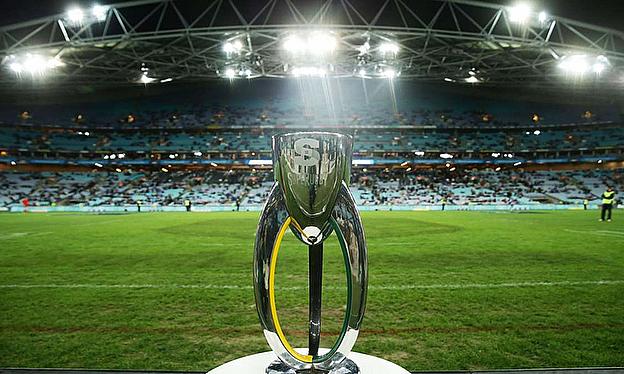 It’s come down to this. Arguably the two most exhilarating teams in Super Rugby will go head to head on Saturday night for their maiden title, but also they will be helping those fantasy rugby players towards their honours for the season.

The Super Rugby  semi-finals last weekend proved to us all that the Hurricanes and the Highlanders are the right teams to be competing on Saturday after two comfortable victories.

As we have seen this campaign, it is difficult to win away from home and even tougher to do it at the Super Rugby finals stag.

However, the Highlanders’ win in Sydney against the Brumbies last weekend, shows that it can be done and they will be oozing with confidence as they travel to Wellington this weekend.

The Super Rugby Final will be an iintriguing contest after these sides were the top two in terms of overall points in the regular season: Hurricanes (66), Highlanders (53). The Hurricanes have to be favourites, but the Highlanders relish being the outsiders.

In terms of fantasy rugby, the likes of Dane Coles, Julian Savea and Ben Smith have lit up the competiton this season with fantasy tipsters  taking a punt on players such as Waisake Naholo and Nehe Milner-Skudder.

It is up to the international stars to stand up and make a difference, so who are you picking?

Despite never seeing their name engraved on to the Super Rugby trophy, this weekend’s encounter between the standout teams of 2015 is set to be enthralling.

The Hurricanes swept aside the rest of the Super Rugby franchises by playing some direct and slick rugby which ultimatley led to them finishing top of the overall table in the regular season.

Finally, they have lived up to expectations as their star-studded side will take part in onlty their second final after struggling to make the top six over the past few years.

As for the Highlanders, they shocked the league last season by making the top six  and have vastly improved on that in 2015.

Their excelllent ball rentention has been a factor in this as well as great work by their coaching staff Jamie Joseph along with Scott MacLeod and Tony Brown. They will be hoping its second time lucky in the final for their side on Saturday.

It seems only right that the top two teams - in terms of points- are contesting this final. Between the sides, they have played 35 times this season and lost just seven matches. The Hurricanes have won 15 of their 17 games whilst the Highlanders have won 13 of their 18 matches this season.

Forwards Will Be Key

There is no denying that both teams are in great form at the moment and that is partly down to their forward packs performances.

When you look at each pack there is a stark contrast in terms of international players with the Hurricanes having those big names in their side. But what is similar, is that both teams are nailing those tight exchanges and they are both a force not to be reckoned with up front.

Out of the last 10 Super Rugby games between the Wellington and Dunedin based sides, it is the Highlanders from Dunedin that have the upper hand winning six of those matches.

However, you would say that after the Hurricanes’ 13-20 and 56-20 wins over their New Zealand rivals this season, they will go into Saturday’s final as favourites.

The 56-20 victory came just hours after All Black star Jerry Collins’ tragic death and it is safe to say that he will be in the minds of the Hurricane players this weekend.

The home side have one of the best attacks this season as they topped the charts for carries per game, meters gained, clean breaks and defenders beaten. They will be tough to stop.

The Hurricanes have named an unchanged side for the final although they are still waiting to see if young stars Ardie Savea and Milner-Skudder can come through late fitness tests. Their only change is in the replacements as hooker Motu Matu’u is included. Winger Cory Jane will miss the final.

The Highlanders will be in a buoyant mood after winning in Sydney last week and will know that they have won their last four in Wellington. (Their 56-20 away defeat earlier this season was played in Napier.)

The Landers are the third best offensive side this season, so they are very capable of scoring a hat full of tries. Look no further than winger Waisake Naholo who is the leading try scorer.

They have also done very well in terms of turnovers this season; their average is 8.8 per game which is just lower than the league’s best of 8.94 held by the Crusaders.

This was on show against the Chiefs and the Waratahs so the Hurricanes need to be careful not to be too clever and try to predict what the Landers’ game plan will be.

Like the Hurricanes, the Highlanders are unchanged for this week’s match with flanker Elliot Dixon set to make his 50th appearance for the side. He has had a great season which has been topped off by being named in the NZ Maori All Blacks squad.

With the New Zealand squad missing a total of 17 players for their upcoming game against Samoa in Apia, this final is pretty much an All Blacks trial session with the World Cup now just 11 weeks away.

With this is mind, there will be some excellent on the field battles going on for 80 minutes. TJ Perenara v Aaron Smith will be gripping, but you can’t just keep your eyes on that as Conrad Smith vs Malakai Fekitoa, Dane Coles vs Liam Coltman and Julian Savea vs Waisake Naholo will be going on at the same time!

Overall the Hurricanes have played the Highlanders 25 times in the history of Super Rugby and have a 14-11 record against them with a 7-5 record when playing at home. However, they haven’t been convincing recently in Wellington when the Highlanders have come to town.

It is almost too close to call, but what is for certain is that we will be in for a breathtaking final on Saturday morning.

My pick: Hurricanes by 7 points.

The Highlanders will wear their traditional blue, gold and maroon for this game which has plenty of hype, given that Hurricanes and Highlanders fans have both been starved of success, and that this game is a virtual All Blacks trial, just months before the Rugby World Cup 2015.

Who are you picking to win the Super Rugby 2015 final?

For those playing fantasy rugby game www.testrugby.com, we are also naming players to watch.  You can also join the Super Rugby Tips conference at SuperBru.  It is difficult to afford a team if playing salary cap fantasy rugby, so you may have to buy bargains, but there are enough new players in Super Rugby 2015 to give you some options.  2015 seems tough to fill a squad without going over budget.

There will be plenty of emotion, with so many players leaving their current teams at the end of Super Rugby 2015.  Because of the Rugby World Cup there will be players going overseas, retiring or changing teams before the 2016 season.